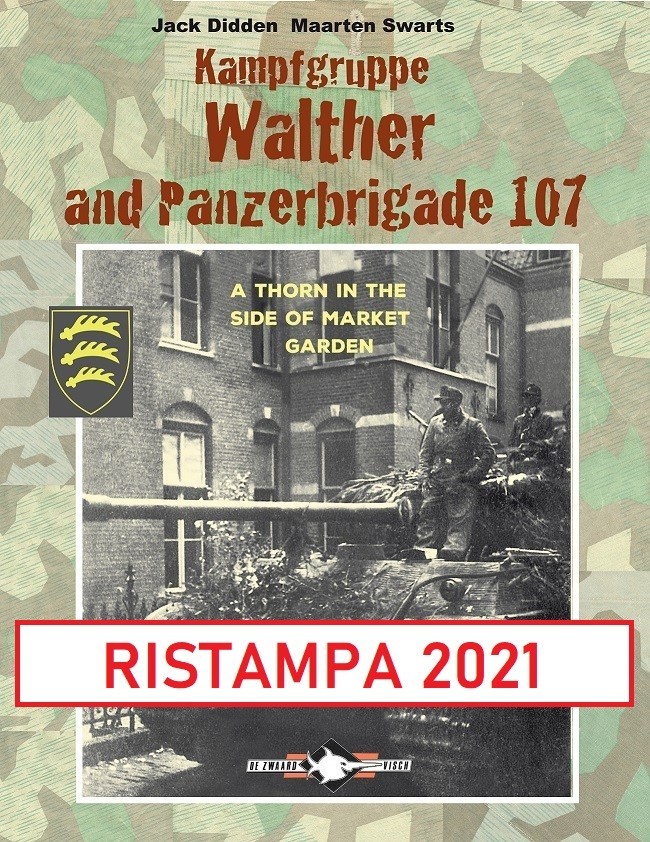 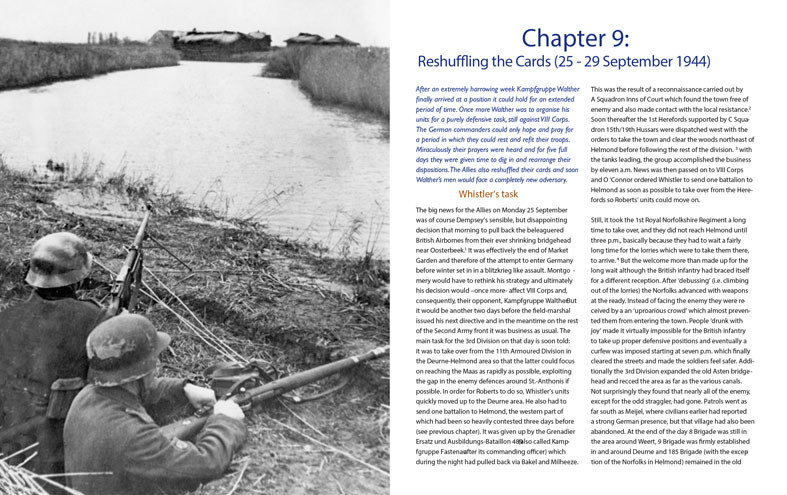 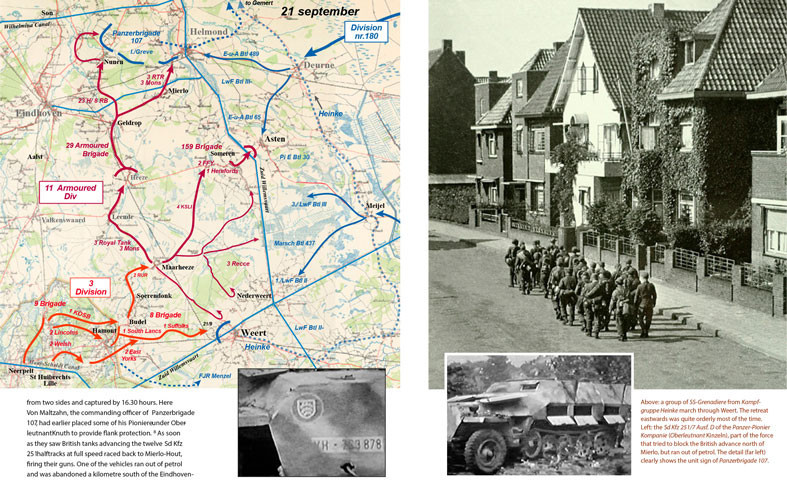 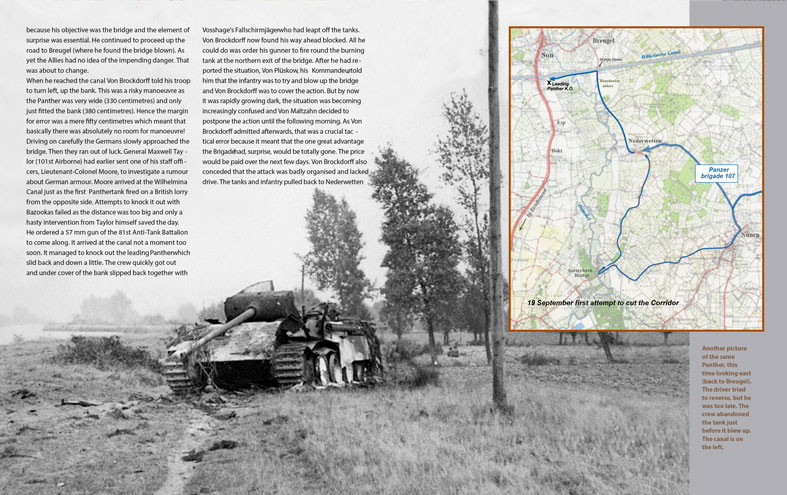 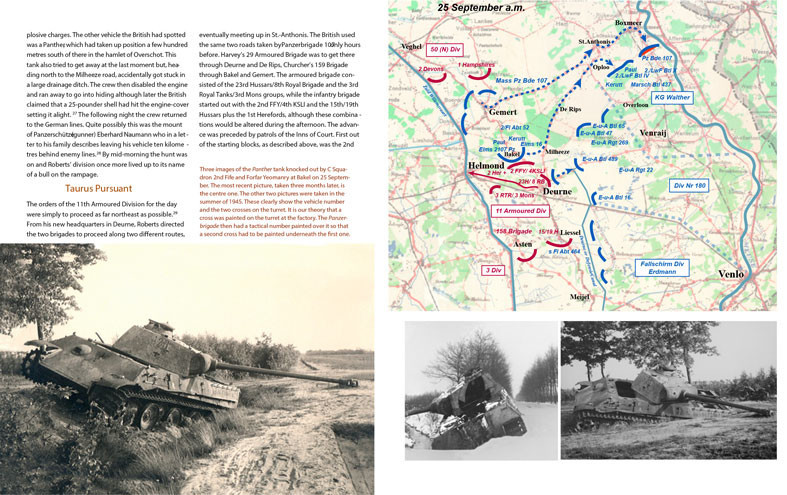 A Thorn in the Side of Market Garden

This new book, by the authors of AUTUMN GALE deals with Kampfgruppe Walther and Panzerbrigade 107. Both units only existed for just over a month and for most of the time fought together as well. The authors have managed to unearth much new material on this relatively unknown battle group. The battle group first entered action on 11 September 1944 after the British Guards Division captured the bridge at Neerpelt, soon named Joe’s Bridge. In a bid to annihilate the bridgehead and, after this failed, to block any further Allied advance an improvised battle group was formed under Fallschirmjäger colonel Erich Walther. The group was made up of units from all services, including a number of Fallschirmjäger battalions, Luftwaffe infantry, regular army units (including cavalry), SS infantry and artillery (from the same two divisions, Frunsdberg and Hohenstaufen, that were to intervene at Arnhem), army anti-tank units and Panzerbrigade 107. For the first time the authors were able to reconstruct the –constantly shifting- composition of the battle group day by day. Kampfgruppe Walther after the failed attempt at Neerpelt became involved in Market Garden and managed to attack the infamous Hell’s Highway and in- terrupt the traffic to Nijmegen and Arnhem. In the middle of October it fought a fierce battle in the Peel marshes before Walther relinquished command and the eponymous battle group ceased to exist. During its brief period of existence it fought the Guards Division, the US 101st Airborne Division, the British 3rd Division and 11th Armoured Division plus the US 7th Armored Division. All of the engagements will be dealt with from both sides and in minute detail. The story culminates in the Battle for Overloon. Here some of the toughest fighting since Normandy took place and Allied and German casualties were horrendously high. Didden and Swarts have found that the existing literature about this period to be incomplete or even false. Finally some key questions will be answered such as, where was the first tank battle in the Netherlands in 1944? Why did the Panzerbrigade fail to take Son and Veghel? Why did the Americans fail to take Overloon? Et cetera.