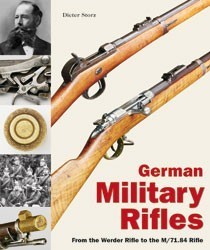 This 392 page work provides a detailed picture of the development of German military rifles from the Werder rifle up to the M/71.84. It is based on many years of extensive study in German archives as well as renowned public and private collections and is thus able to dispel a number of myths and details based on little more than hearsay, replacing them with sound knowledge. The text is accompanied and supported by more than 900 original contemporary photographs, reproductions of documents and high quality colour photographs of existing items, including hundreds of details in close-up. Many of the objects, weapons and accessories are shown here for the first time. The result is a largely new portrayal, built on a broad base of primary sources, of the development ofGerman long arms in the years after 1870, which is bound to remain the standard work on the subject for the foreseeable future. This volume describes German military rifles of 11 mm calibre. Their common feature was that they fired cartridges with metal cases and black powder as their propellant. In Germany, it was Bavaria that was at the forefront of this development, with the M/69 rifle, also known as the Werder rifle. The reader will discover how this weapon was developed, produced and used, the problems which arose, how they were solved and how the rifle was finally taken out of service. Naturally all the variations, the accessories and theammunition are also described in detail and shown in photographs. The M/71 and M/71.84 rifles are dealt with in the same way and for the first time the Chassepot rifles used in the German Imperial Army are comprehensively presented. The time frame extends to the end of the First World War, since many black powder weapons were still used, mainly for training purposes, up to 1918. This book also covers the weapons of the police and Gendarmerie, so readers interested in the history of Germany’s police force will also find much new information. The second volume, on the M/88 and M/91 rifle and carbine, will complete the portrayal of the long arms of the German Empire that began with the book on the M/98 rifle and carbine.

Circa 900 illustrazioni a colori e in bianco e nero 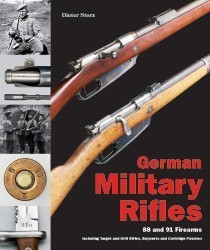