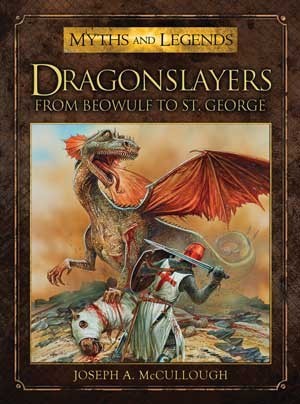 DRAGONSLAYERS: FROM BEOWULF TO ST. GEORGE

With its fiery breath, scaly armour, and baleful, malevolent stare, the dragon became the ultimate symbol of evil and corruption in European folklore and mythology. Often serving as a stand-in for Satan, or the power of evil gods, dragons spread death and hopelessness throughout the land. Only heroes of uncommon valour, courageousness, and purity could hope to battle these monsters and emerge victorious. Those that did became legends. They became dragonslayers. The list of dragonslayers is small, but it is filled with great and legendary names. Hercules, Beowulf, Sigfried, and Saint George all battled to the death with dragons. Other heroes such as Cadmus, founder of the city of Thebes, Dieudonné de Gozon, the Knight of Rhodes, and the Russian warrior Dobrynya Nikitch might be less well known to western readers, but also fought and defeated dragons. This book retells the greatest legends of this select group of warriors, while examining the myth of the dragonslayer in a historical, mythological, and even theological context. 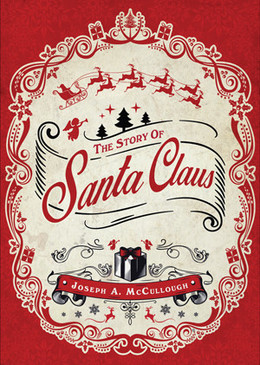 THE STORY OF SANTA CLAUS