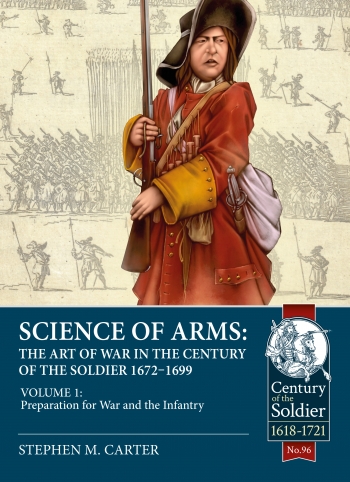 VOLUME 1 - PREPARATION FOR WAR AND THE INFANTRY

In the late 17th century, war was one of the most important of all the human professions, and for this reason generals of the period laboured to acquire every bit of available knowledge, and from this went on to perfect the military art. These men judged that nothing was as necessary for the salvation of their states as the ‘science of arms’. They saw that it was by this means that nations repulsed public and private insults. It was through the application of war, that citizens defended the liberties of their country and maintained stability within their own territories. As a result, such men became true professionals, and in so doing aroused the virtue of their fellow citizens and ensured the happiness of their people. These words are not new – they are adapted from the opening chapter of the Tracte de la Guerre ou Politique Militaire (Paris 1677). By the time of its publication, the French Army had reached the peak of military perfection and Science of Arms draws on this expertise to create, across three volumes, the definitive manual on the art of war.

The first volume of Science of Arms introduces the 17th century concept of ‘the just war’, explains the duties of the general and his staff , details the Ordnance Park, and the weapons and equipment needed to wage war. This is complemented by a study of the evolutions, drills, postures, and tactics of the infantry, from the lowest private to the colonel. The second volume covers the disciplines of the cavalry and of the artillery, fighting a campaign and winning a battle. The final volume examines the construction,

the defence, and the attack of fortifications in the age of Vauban.

For the first time the historian, writer, re-enactor, or military enthusiast can comprehend the actions of some the period’s greatest generals. Science of Arms fills in the gaps found in eyewitness accounts, clarifies the unconscious behaviour of the officers, and brings to life their battle plans. This outstanding work combines the military treatises of the late 17th century, with the original illustrations, to create a unique depiction of the art of war as it was learnt and practised by the officers and generals of the age. Science of Arms is everything needed to fully understand the military art as practised in the ‘Century of the Soldier’. 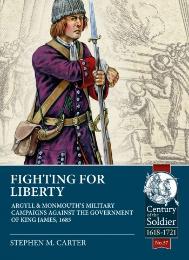 FIGHTING FOR LIBERTY - CENTURY OF THE SOLDIER 1618-1721
Argyll & Monmouth's Military Campaigns against the Government of King James, 1685