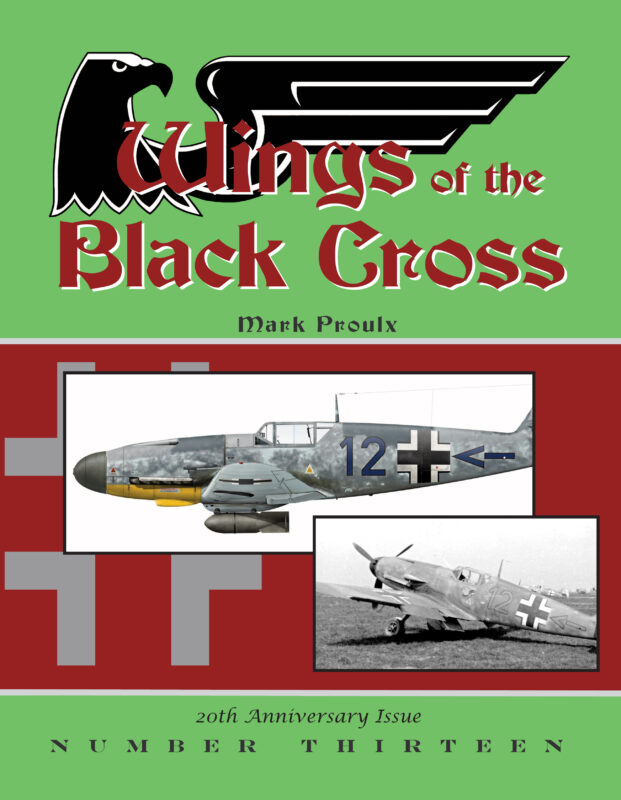 WINGS OF THE BLACK CROSS - VOLUME 13

Authored by Mark Proulx, Number Thirteen is the first installment for 2023 in the popular Wings of the Black Cross series. This marks twenty years since the series was first launched in 2003.

Number Thirteen continues to showcase many of the different aircraft types that the Luftwaffe operated in World War II. In that effort, the author relies on the original photos he has gathered over 20 years of collecting from various sources. Of course, selected historians have also contributed photos from their private archives. Many of these images, sixty in total, are previously unpublished. Supporting the photos, captions broaden the historical narrative. Aircraft color and markings are discussed, occasionally supported with color profiles from noted graphic illustrator, James Bentley.

While day fighters form the backbone of the series from its inception, coverage is not limited to those types. Several aircraft types are also featured including:

The 36 page booklet maintains its standard of quality with the continued use of high quality gloss paper. It measures at 8.5” x 11”, saddlestitched with the cover laminated and in full color.

The study of German Second World War aircraft still fascinates people to this day. The Wings of the Black Cross series provides a brief look at that important time in history and adds to our ongoing understanding. 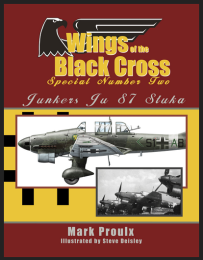 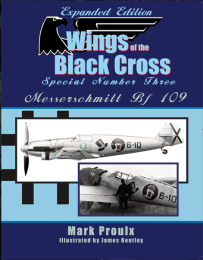 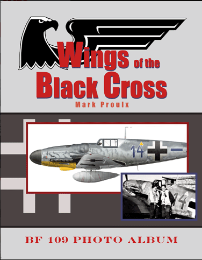