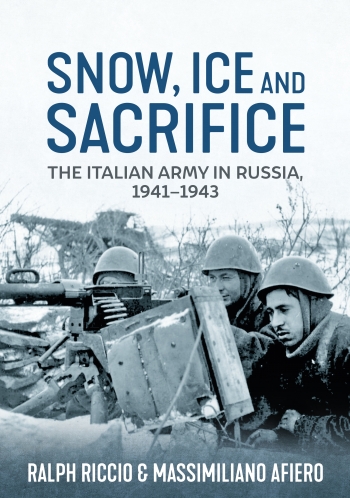 This volume is the first comprehensive account in the English language that addresses the genesis, organization and operations of Italian forces that fought alongside the Germans and other contingents allied with them in Russia beginning with Operation Barbarossa in June 1941 until the defeat of the Italian forces there in early 1943.

In accordance with his anti-Bolshevik ideology, Mussolini felt obligated to join with Germany’s attack against the Soviet Union. Italy thus formed the CSIR (Corpo di Spedizione in Russia – Italian Expeditionary Corps in Russia), consisting of some 62,000 men in three divisions (two infantry and one cavalry, plus a Blackshirt legion) which was sent to participate in the Axis attack against the Soviet Union in June 1941. In July 1942 the CSIR was upgraded to the ARMIR (Armata Italiana in Russia – Italian Army in Russia, also known as the Italian 8th Army), consisting of seven additional divisions (four infantry and three mountain or alpini). By late 1942 the size of the ARMIR had grown to some 235,000 men. However, both the CSIR and the ARMIR suffered from organizational shortcomings as well as lack of proper equipment and clothing to cope with the operational environment in Russia. Throughout 1941, along with the Germans, the CSIR conducted a number of successful operations. With the advent of the ARMIR, initial actions were also favourable for the Italians, but by December 1942 the Italians, who were deployed along the Don River, were subjected to a massive Soviet operation, Little Uranus, which forced the Italians to withdraw under unimaginably harsh conditions. The Italians were unprepared for the brutal Russian weather as well as for the overwhelming Soviet superiority in men and equipment that they had to face. Nevertheless, the Italians fought well, especially the troops of the Italian alpine corps, but ultimately they were defeated, the survivors returning to Italy.

In a companion volume to the same authors' Luck Was Lacking But Valor Was Not: The Italian Army in North Africa 1940-1943, this new study features a detailed text accompanied by a large number of photographs (many previously unpublished) as well as maps and 16 colour plates of armoured fighting vehicles and uniforms. 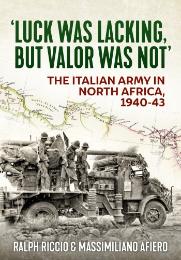