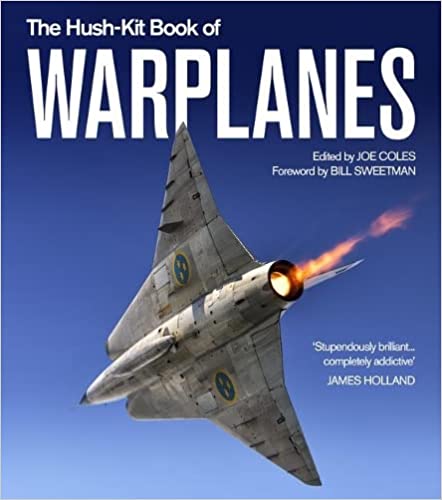 THE HUSH-KIT BOOK OF WARPLANES

From the terror and exhilaration of First World War dogfighting to the dark arts of modern air combat, here is an enthralling ode to that most brutally exciting of machines: the warplane.

The Hush-Kit Book of Warplanes is a beautifully designed, highly illustrated collection of the very best articles from Hush-Kit – the world’s leading alternative aviation online magazine – combined with a heavy punch of new and exclusive pieces. It contains a wealth of brilliant material, from Top 10 lists and historical deep-dives to interviews with legendary fighter pilots and expert analysis of weapons, tactics and technology.

This knowledge and impeccable research is balanced throughout with the irreverent attitude, wicked satire and sharp eye for the absurdities of the aeronautical world that have made the magazine so popular with its readers. The book itself is also a stunning object, featuring first-rate photography alongside original, specially commissioned artwork. Inside it you will find:

Interviews with pilots of the F-14 Tomcat, the Mirage, the Typhoon, the MiG-25, the English Electric Lightning, the Rafale and the B-52 among others.

Unbelievable accounts of the most bizarre moments in aviation history.

And much, much more.