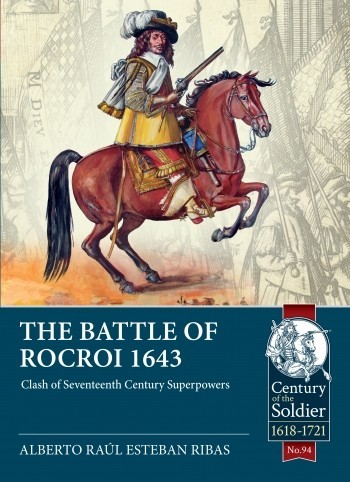 The Battle of Rocroi (19 May 1643) is famous for the French victory over the Spanish Tercios. The Duc d’Enghien, only 21 years old, defeated a Spanish army commanded by Francisco de Melo. The victory has traditionally been attributed to the military genius of the young Duke, to the superiority of the French cavalry and to the decline of Spanish tactics: the Tercios were no longer invincible. Thus, the date of 1643 established a historical milestone, a paradigm shift in military history: the end of Spanish hegemony and the beginning of the rise of France - the Grand Siècle of Louis XIV.

But, beyond the military defeat of the Spanish army, the question posed in this book is to assess whether, in fact, the battle of Rocroi was the beginning of the decline of the Spanish hegemony, and of its military tactics and formations; the Tercios, who had fought and been victorious in Europe for more than a century.

This book analyzes the military-political context of the 1643 campaign and the tense relations between France and Spain throughout the 16th and 17th centuries, which led to the armed conflict that began in 1635, when Sweden showed signs of weakness in the Thirty Years' War, and Richelieu considered that it was necessary to act to prevent the triumph of the Austrian and Spanish Habsburgs. The French and Spanish armies are also analysed in depth, their composition, units, tactics, etc. as well as d'Enghien and Milo’s chains of command.

The campaign of 1643 was initiated by the Spanish, following the success of 1642 which had ended with the great Spanish victory at the Battle of Honnecourt on 26 May. The campaign began with a series of errors, caused by General Melo’s desperate need to keep his campaign plan secret at all costs. This is the reason the Spanish army entered the campaign with so little artillery and so few supplies, in order to be able move quickly, but also to hide their intentions: to seek either a pitched battle or a significant siege. In short, a victory that would force the French to abort their actions in Catalonia.

Eventually, the aim of the Spanish campaign became clear: to take Rocroi. When the French discovered Spanish intentions, d'Enghien moved quickly to the City’s relief. Melo allowed the French to approach without stopping them: since Fate had sent him a French army, he intended to defeat it in a pitched battle, as at Honnecourt. But Melo's army was incomplete: he lacked a large division of his army - 3,000 men, under the command of Jean de Beck.

From the contemporary accounts, it appears that Melo deployed his army with the intention of displaying his strength, and not to fight, while awaiting the arrival of Beck's troops. By contrast, d'Enghien showed great initiative and the firm will to win. His strategy during the battle was brilliant: defeat the flanks and then fall on the centre of the Spanish deployment.

After the victory on the battlefield came the time for the accounts, the reports, the propaganda… The King of France was a four-year-old; his Spanish mother was Regent, but was mistrusted by the senior nobility, and her first minister, Cardinal Mazarin, was hated by many of them. The victory of Rocroi was a success to be proclaimed from the rooftops: a victory that would secure the new king.

This book analyzes the real impact of the battle, the consequences for the theatre of operations in Flanders, of the war between France and Spain, and of the effective pre-eminence of one or the other power in Europe. This is the key aspect of the book and of the Battle of Rocroi - was it a decisive military triumph or a propaganda success? 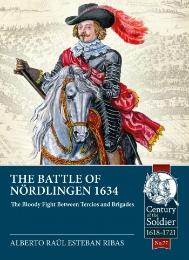 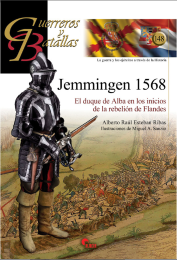