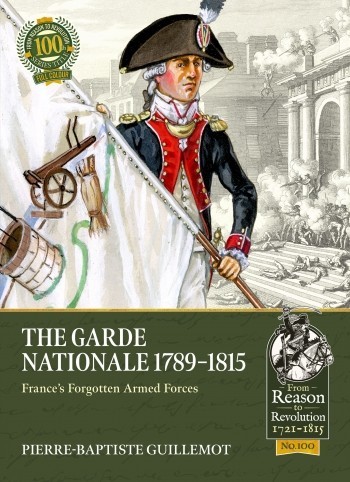 In mid-July 1789, after the storming of the Bastille, the municipality of Paris organized a Garde Nationale, heir to the militias of the Ancien Régime. Something of a myth, the story of its origins is closely linked to the emblematic figure of the Marquis de La Fayette, its commanding general. Provinces quickly formed identical militias, which intervened in the troubles of the municipal revolution. Bringing citizens together, the Garde Nationale became one of the most important players of the French Revolution. Organized on a military model, it nevertheless remained a civilian force whose members, who elected their officers, were often armed and equipped with odds and ends by the municipalities. Responsible for ensuring order, they performed their service despite their professional activity and family life. However, the threat of war changed the mission of the guard: after the King's failed flight in June 1791, nearly 100,000 Gardes joined battalions of volunteers destined for the armed forces and ultimately integrated regular troops. Confined to subaltern tasks after the fall of Robespierre, under the Directory, the Garde Nationale was nevertheless retained by the Consulate. It quickly proved to be very useful, responding to the needs of the Napoleonic government by transforming itself into a territorial reserve army placed under the authority of the prefects. The Garde distinguished itself in particular during the harsh campaigns at the twilight of the First Empire.

The Garde Nationale remains one of the most misunderstood institutions of the French Revolution and the First Empire. It does not lend itself well to synthesis, and occupies a minor place in the work of historians. Based on contemporary documents – in particular on previously little-used archives – this book analyses the successive organizations of the Garde Nationale in Paris and in the provinces, the evolution of its strength, but also its place in relation to the army, not to mention the recurrent hesitations between the two conceptions of the institution: a national force with a broad recruitment or a local and bourgeois militia. Lavishly illustrated with largely unpublished iconography and original artwork, the book also looks at the uniforms and equipment of the Garde Nationale and offers a synthesis – the first in English – devoted to this central actor of the century of revolutions.