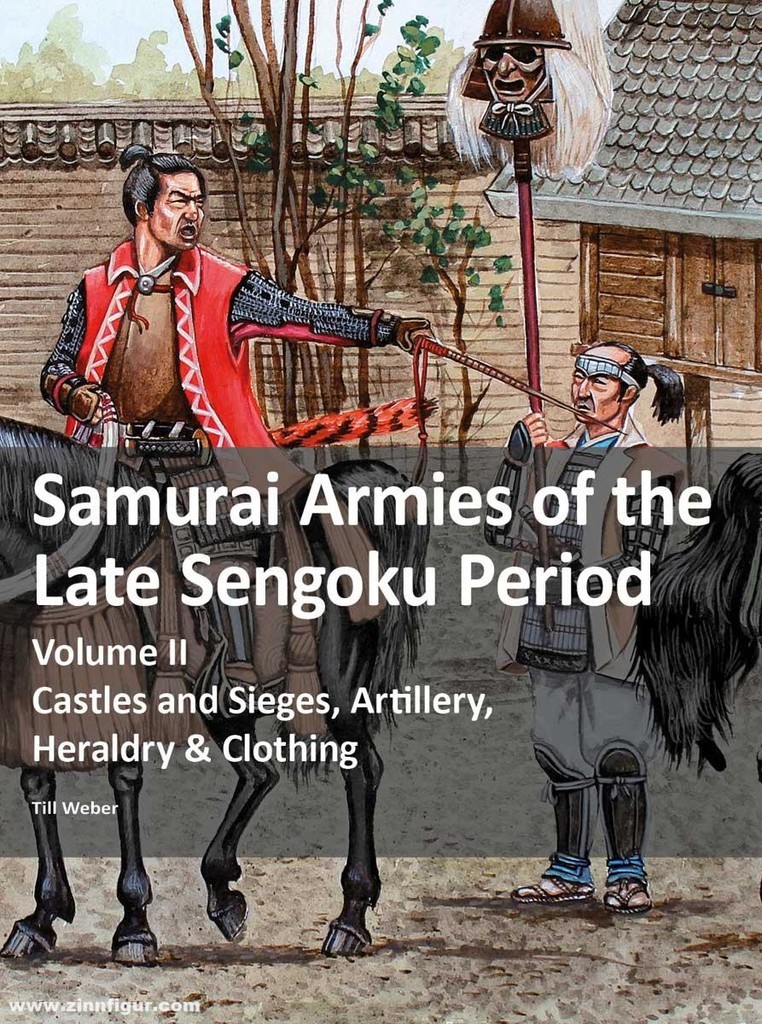 The elegant, multi-storey main towers of Japanese castles, surrounded by massive fortifications, are widely known as symbols of samurai rule. However, the first of these tenshukaku were built only at the very end of the Sengoku period. Most fortifications were built of wood with eart- hen ramparts and ditches exploiting the natural environment.

The second volume of this series details these constructions as well as the fortifications that were affected by major sieges: Fushimi, Tanabe, Otsu and Ueda in 1600, and Osaka in 1614/15. The author explains the sophisticated siege techniques and countermeasures employed by samurai armies of the period, and the Japanese artillery of the time.

A second focus is on the complex heraldry of leading as well as lesser known samurai families of the Sengoku period, illustrated by many colourful examples.

The third part offers an introduction to the world of traditional Japanese textile patterns and colours, their use, methods of manufacture in the pre-industrial age, and their special symbolism in the context of samurai history.

Fortifications Built of Wood and Earth

Kamon, the Japanese Coat of Arms

Other Forms and Functions of Flags

Heraldic and Other Military Unit Distinctions

Development of Clothing - Kimono and Noragi

A Garment fit for a Warrior - the Jimbaori 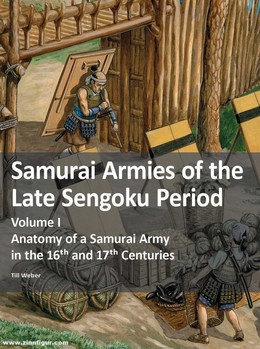 SAMURAI ARMIES OF THE LATE SENGOKU PERIOD VOL.1
Anatomy of a Samurai Army in the 16th and 17th Centuries