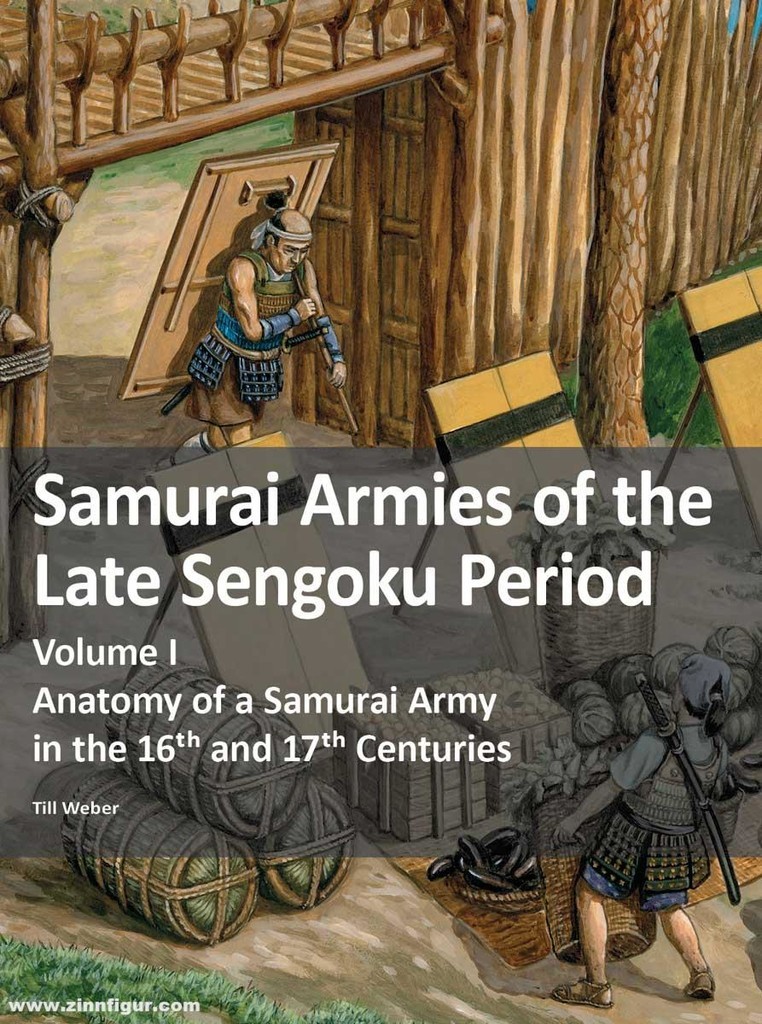 Anatomy of a Samurai Army in the 16th and 17th Centuries

The "Anatomy of a samurai army" details its composition, hierarchies, strengths and weaknesses as well as examining how it fought. Other aspects include:

- the differences between samurai and European warfare;

- the roles assigned to samurai and ashigaru in different armies;

- marching orders and camp facilities of the armies and;

- where each individual samurai stood in the order of battle.

The reader will discover what may seem to be abstract or strange ideas by way of the most detailed examples possible, in both word and picture, that are based on a variety of Japanese sources.

Composition and Command Structure of a Samurai Army

Strength and Composition of Armies

Infantry I: Specialists with polearms

A Samurai Army in Action