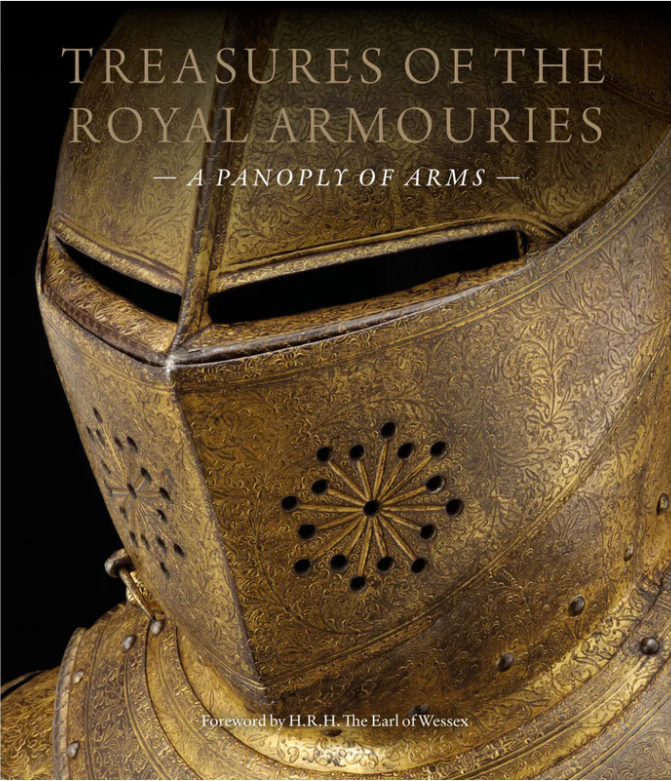 TREASURES OF THE ROYAL ARMOURIES

A PANOPLY OF ARMS

Autore: Foreword by HRH The Earl of Wessex

Treasures of the Royal Armouries is a photographic journey through Britain’s national museum of arms and armour. It reflects the diversity of the Royal Armouries’ collection, which was assembled over many centuries at the Tower of London and now spans the ancient world to the present day.

At the core of this journey is the museum’s unparalleled group of Tudor armours which derive from the Greenwich Armoury of Henry VIII, but European swords, paintings and manuscripts are equally well-represented. Stunning pieces from Asia are included, as are key items from the national collection of firearms, started in 1631 by Charles I and now housed at the National Firearms Centre, as well as larger guns from the National Artillery Centre at Fort Nelson.

Each of the 115 entries tell compelling stories, tracing the histories of individuals, campaigns and cultures across millennia. They also consider the place of arms in an increasingly turbulent world and the new challenges that technology presents to a modern army.

Treasures of the Royal Armouries is a lavishly illustrated account of some of the most interesting pieces of arms and armour in existence.

- Foreword by HRH The Earl of Wessex