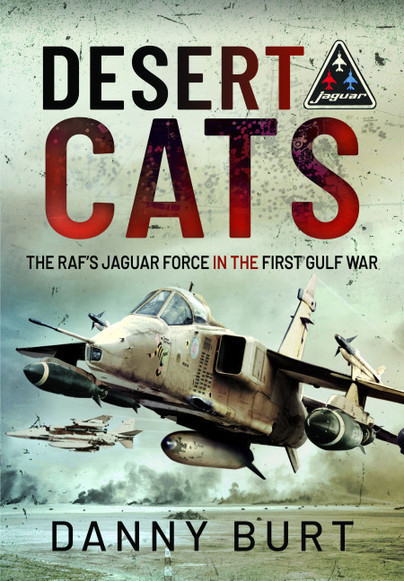 The RAF's Jaguar Force in the First Gulf War

On 2 August 1990, Saddam Hussein’s armed forces invaded and occupied Kuwait. A swift international response followed, which, led by the United States and the United Kingdom, saw the formation of a coalition that formed the largest military alliance seen since the end of the Second World War.

Among the many RAF units deployed under Operation Granby, the codename given to the British military operations during the conflict, was 41 Squadron, with elements taken from 54 Squadron and 226 OCU, which was equipped with the ubiquitous Jaguar GR1 single-seat all-weather tactical strike and ground-attack fighter. In late 1990, the squadron duly despatched a total of twelve aircraft, which soon became known for their distinctive desert pink camouflage, and twenty-two pilots from their base at RAF Coltishall.

Initially conducting low-level strikes, for which the Jaguar Force had always been intended, over the weeks that followed 41 Squadron switched to more unusual medium-level missions. In total, the men and machines of 41 Squadron conducted a total of 617 sorties during Operation Granby.

To complete this remarkable description of 41 Squadron’s part in the liberation of Kuwait, the author has interviewed a number of these pilots. As well as these veterans’ personal reflections, Danny Burt also explores the Jaguars’ record on air-to-ground combat and its performance in theatre, the various upgrades the type receive, and the unique nose art that each aircraft carried. Many of the pictures in this highly illustrated publication have never been published before.

The story is completed by the recovery by the author of one of the Jaguar GR1s flown in the Gulf War Rescued from an Army range in South Wales, the aircraft was moved to RAF Coningsby where its restoration, including the return of its Operation Granby camouflage, is underway.