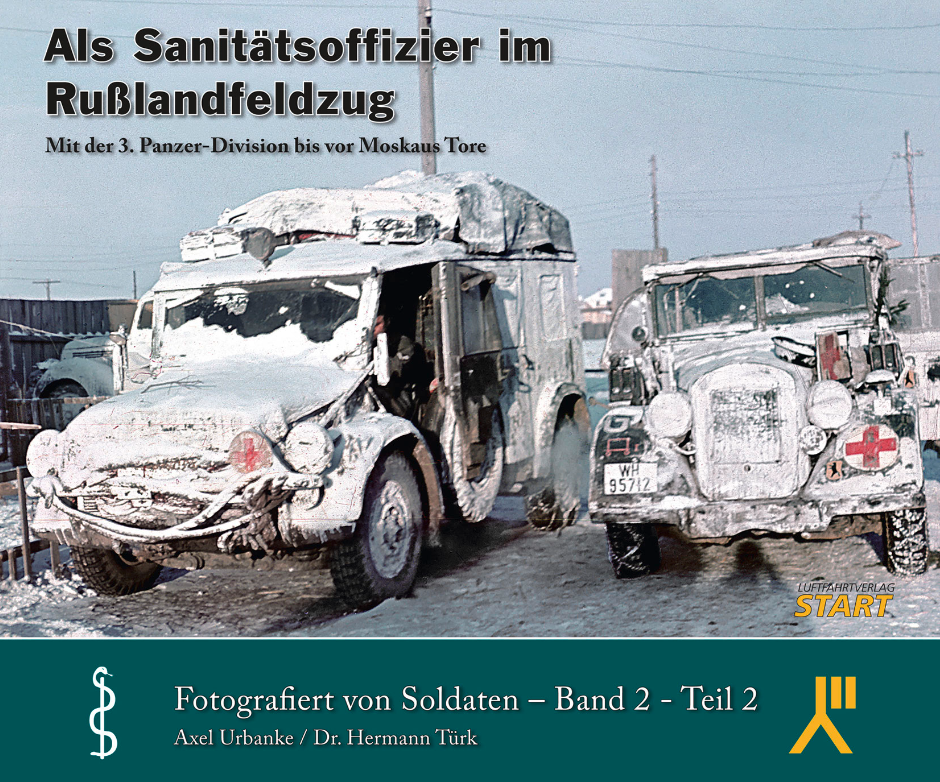 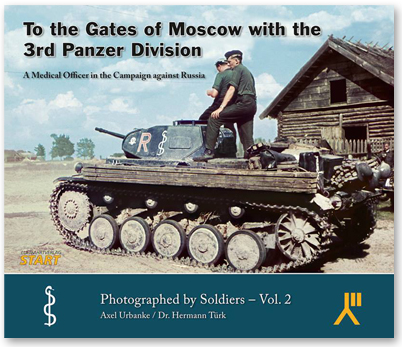 TO THE GATES OF MOSCOW - NEW EDITION, 2 VOLUME SET

A Medical Officer in the Campaign against Russia

N.B.  The 48 pages and 80 more photos are spread over the whole work (vol. 1 and 2). Everywhere, where Axel had new or more informations or new photos, he put them into the existing text. In the end, the book was so thick and heavy, that the printers were afraid, that they would not be able to print it,  so they asked us to split it into two volumes.  First we said no, but then we would not have been able to reprint it at all, so we had no choice. But before customers get angry with us, please be aware, that the first book is still really, really good. Even if the second printing is even better, no one has to reorder. But IF they do, they need both volumes. Luftwaffe Start Verlag

How did the soldiers of the Wehrmacht really experience the attack on the Soviet Union and the battles that followed? Few of the books on the subject of the war in Russia provide an honest answer. This book delivers a real view of events. Assistenzsarzt Dr. Türk’s unabbreviated diary entries from the year 1941, supplemented by documentary supporting text, 40 color maps, and a large number of his color slides represent a unique documentation. It provides an exemplary and genuine view, unaffected by postwar influences or a selective choice of materials, of how many soldiers of the Wehrmacht perceived the first half year of the campaign in the east.

Take part in the attack near Brest-Litovsk, experience the fierce fighting at the Beresina and the Dniepr, march south with the division to close the Kiev pocket, and prepare for the assault on Moscow. Then follows the advance on Orel, and the arrival of the snow and cold. You stand with the soldiers in the icy trenches in front of Tula and witness the house-to-house fighting in the mining town of Bolokhovka. One cannot escape Dr. Türk’s haunting diary entries. They do not spare the reader, instead they provide extraordinary insights and allow the reader to feel the events as they were.

Here one can read what father and grandfather experienced in the Russian campaign but never spoke of at home. This book will hopefully spur those born later, those who were spared this inferno, to reflect, for the majority of the frontline soldiers in Russia did not go voluntarily into this struggle. 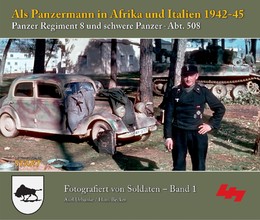 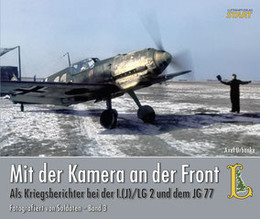