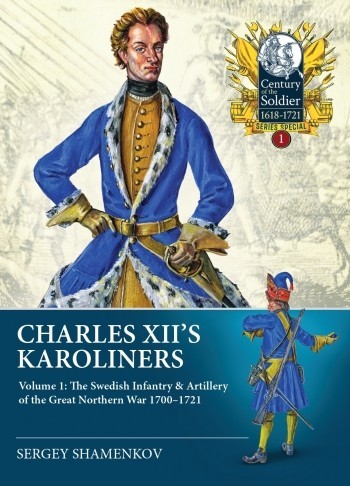 This book discusses the evolution and changes in Swedish infantry and artillery uniforms during the Great Northern War. Drawing on a number of studies and using evidence based on many surviving documents and artefacts the author reconstructs in detail the appearance of the officers and the other ranks that made up the infantry and artillery of the Swedish Army of Charles XIIth.

The book provides detailed insights into the differences between the Carolean uniforms of the “older model” of 1687, which served as the basis for later modifications, and the “younger model” of 1706, as well as into different variations in transitional models existing between the two.

Different variations of headgear used by Swedish officers, NCOs, and privates are covered, with a particular focus on grenadier caps. The book also examines various items of soldiers’ accoutrements and dress. Along with published sources, this book also relies on little known or previously unpublished documents. The text is accompanied with photos of surviving uniforms, archaeological finds, and period artworks.

The book is richly illustrated with the author’s graphic reconstructions of period uniforms.