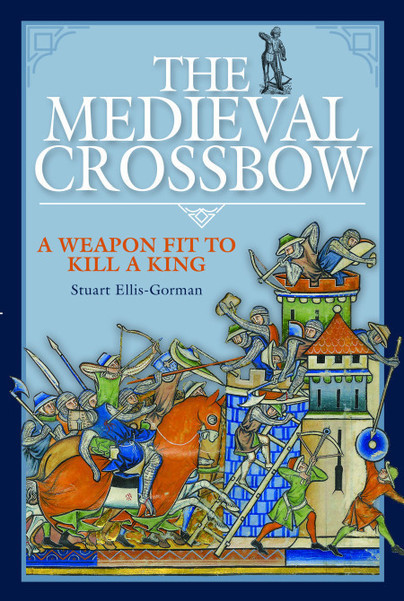 A Weapon Fit to Kill a King

The crossbow is an iconic weapon of the Middle Ages and, alongside the longbow, one of the most effective ranged weapons of the pre-gunpowder era. Unfortunately, despite its general fame it has been decades since an in-depth history of the medieval crossbow has been published, which is why Stuart Ellis-Gorman’s detailed, accessible, and highly illustrated study is so valuable.

The Medieval Crossbow approaches the history of the crossbow from two directions. The first is a technical study of the design and construction of the medieval crossbow, the many different kinds of crossbows used during the Middle Ages, and finally a consideration of the relationship between crossbows and art.

The second half of the book explores the history of the crossbow, from its origins in ancient China to its decline in sixteenth-century Europe. Along the way it explores the challenges in deciphering the crossbow’s early medieval history as well as its prominence in warfare and sport shooting in the High and Later Middle Ages.

This fascinating book brings together the work of a wide range of accomplished crossbow scholars and incorporates the author’s own original research to create an account of the medieval crossbow that will appeal to anyone looking to gain an insight into one of the most important weapons of the Middle Ages.