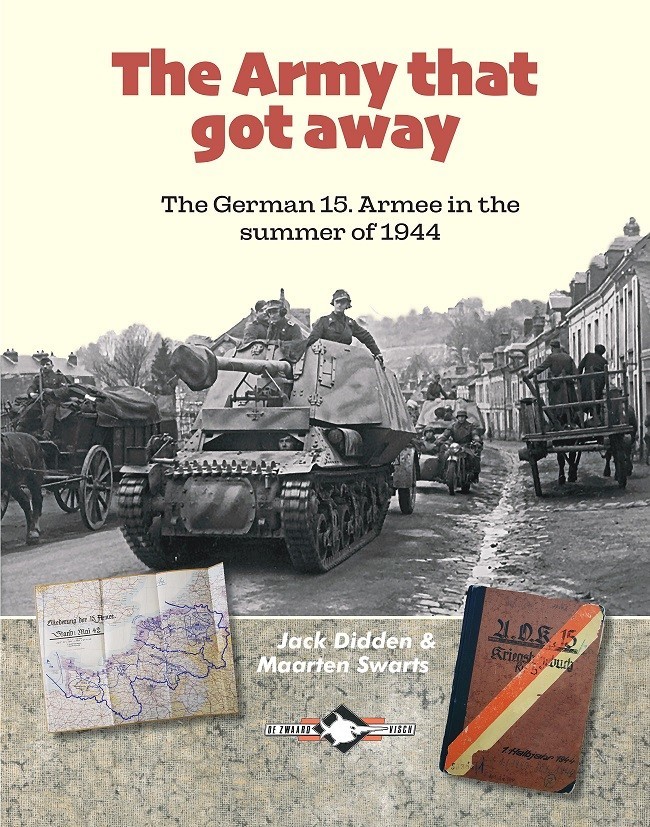 THE ARMY THAT GOT AWAY

The authors: Jack Didden and Maarten Swarts are delighted to announce that the third (and final) volume dealing with the German army in the West during the second half of 1944 is now almost ready to go to print and should be available in September. THE ARMY THAT GOT AWAY tells the story of the German 15th Army from its inception in 1942 to its arrival in the Netherlands at the end of September 1944. (This is where it connects with the other two books from the same authors, ‘Autumn Gale’ and ‘Kampfgruppe Walther’.)  It follows the format of the previous books and like them should appeal to modellers, tank buffs and fans of military history generally. Also one chapter deals with the fighting in Normandy since the army was involved there until the end of June and so should appeal to anyone interested in that campaign since it contains a lot of new information. This also goes for the main story, never told anywhere before, which fills the gap in the books about World War Two in the West that somehow always skip from Normandy to Market Garden as if nothing relevant happened in between. The book has 528 pages, about 100 maps and over 900 pictures, most of them never published before.

The Army Headquarters in Tourcoing (Chapter 1)

The Montes-Gassicourt bridgehead (after Chapter 3)

The French Resistance (after Chapter 7)

The Flying Bomb Threat (after Chapter 8)

The Pocket at Mons (after Chapter 9)

Frogmen in the Night (after Chapter 11)

The Channel Ports (after Chapter 14)

The Channel Guns (after Chapter 14)

The Air Effort over the Wester Scheldt (Conclusions)

The peregrinations of an artillery unit (Conclusions)

Allowing an army to escape (after Conclusions)