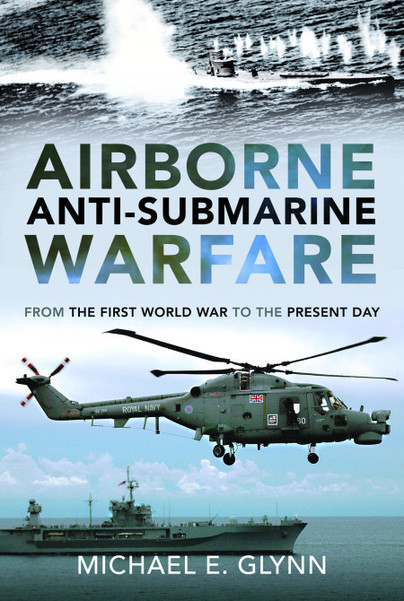 From the First World War to the Present Day

Airborne Anti-Submarine Warfare unlocks the history and theory behind the shadowy art of how aircraft hunt for submarines. Written by a veteran US Navy submarine hunting pilot, this book will take aviators, naval enthusiasts, and military scholars behind the scenes to understand how technical breakthroughs, the evolution of weapons, and advances in sensors have shaped this high-risk game of cat and mouse.

On 15 September 1916, the French submarine Foucault was spotted and attacked by a pair of Austro-Hungarian flying boats in the Adriatic. During the bombing that followed, Foucault was so badly damaged that she was eventually abandoned by her crew – all of whom survived. This was the first time in history that a submarine had been sunk by an aircraft. It was an engagement which set in motion a constantly evolving aspect of underwater warfare.

In this book, Michael Glynn explores a journey through the history of more than 100 years of aerial sub hunting. From the Great War, through the Battle of the Atlantic in the Second World War and on to the secret confrontations of the Cold War, the reader will witness the parallel evolution of both aircraft and submarine as each side tries to gain supremacy over the other. In so doing, he distils complicated oceanography, operations analysis, and technical theory into easily digested concepts, helping the reader understand how complex weapons and sensors function. By reviewing the steps of a submarine hunting flight, the reader can quickly understand how theory and practice fit together and how aviators set out to achieve their goal of detecting their submarine targets.

Airborne Anti-Submarine Warfare is a thrilling read for those seeking a glimpse into an arcane and high-stakes world.