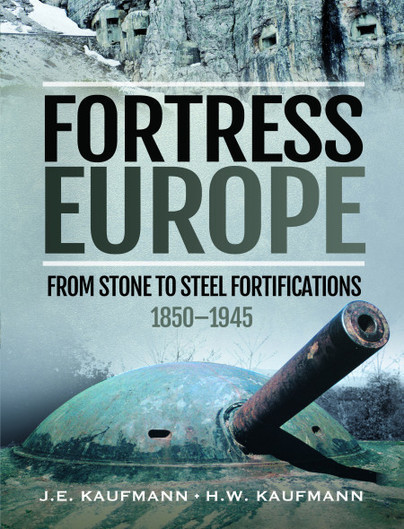 A few of the fortifications and fortified lines of the world wars are well known and have often been written about, illustrated and studied. But they tend to distract attention from the wide range of fixed defences constructed across Europe on an enormous scale after the Franco-Prussian War of 1870-71, during a period of insecurity and aggression. That is why this new, highly illustrated study, which covers the entire continent, is so valuable. The authors examine the major fortified positions and describe their strategic purpose, their design and construction, and the role they played in military planning and operations.

The outstanding contribution of the major military architects of the time is a key theme. The work of Séré de Rivières, Brialmont and others had a major influence on the course of the First World War and on the fortifications built before and during the Second World War. Their approach is visible in the designs for the Maginot Line, the East and West walls of Germany, the Vallo Alpino in Italy, the Soviet Stalin and Molotov lines, the Mannerheim and Salpa lines of Finland, the Greek Metaxas Line, the Beneš Line of Czechoslovakia as well as the defences built by the Dutch and Scandinavians.

The breadth of the coverage, the degree of detail and the numerous illustrations make the book essential reading and reference for anyone who has a special interest in the world wars and the history of fortifications.