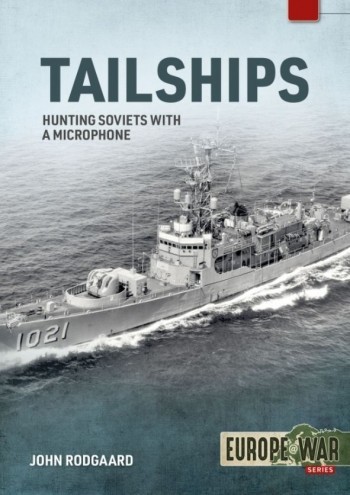 Hunting Soviet submarines in the Mediteranean 1970-1973

Obsolete, except for the experimental anti-submarine warfare sensor they carried, the USS Hammerberg, DE-1015, the USS Courtney, DE-1021 and the USS Lester, DE-1022 went to the Mediterranean to demonstrate the potential of a technology that relied on a passive towed array detection system; what the Navy officially designated as the Interim Towed Array Surveillance System (ITASS).

These ‘Tailships’ entered the Med in 1970. It was then that the US and NATO navies operated in a naval environment characterised by the most intense concentration of Soviet submarines and surface ships outside of Soviet home waters. The Mediterranean was the focal point in the great naval rivalry of the United States, with its NATO Allies, against the Soviet Union’s Voyenno-morskoi flot.

When deployed as Tailships, these DEs proved so successful against Soviet submarines that the US Navy committed additional resources to refining the capability of passive towed array sonars. The development of the Towed Array Surveillance System (TASS), the Surveillance Towed Array Sonar System (SURTASS) and the Tactical Towed Array Sonar (TACTASS) deployable systems were direct follow-ons to ITASS.

The ships’ deployment occurred during a time when the United States was torn apart by the war in Vietnam. Although far away, the effect of Vietnam on the ships’ crews as well as the Sixth Fleet reflected the greater turmoil within the society they served. The turmoil was evident in the competition for resources to keep the ships steaming and in personnel tensions among the crews.

Additionally, the ships and men operated in a sea surrounded by increasing tensions in the Middle East. While stationed in Naples, Italy, the Palestinian Black September Organisation created terror across Europe during the summer of 1972, with the massacre of the Israeli Olympic athletes in Munich, West Germany. That summer would see these sailors spending nights in Naples standing anti-terrorist watches with loaded weapons, whilst the pinging of an active sonar system would echo throughout the hulls of the moored ships. It was thought this would discourage swimmers wanting to plant explosive devices on ship hulls.

The objective of this book is simply to tell the story of these three ships and their men within the context of the greater events of the Cold War at sea in the Mediterranean; the successes and failures of operating in the Mediterranean, and life for those who call Naples their temporary home.