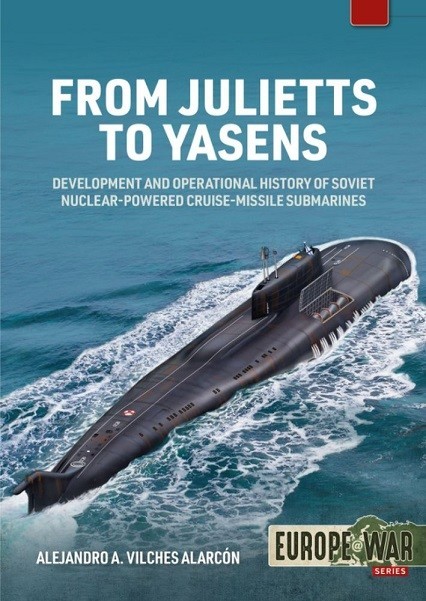 A comprehensive history of the design, building and service of the various Soviet classes of nuclear-powered and cruise-missile armed submarines (SSGNs). First entering service in the 1960s, this new combination of weapon systems posed a serious threat to US shores and to the US Navy’s powerful aircraft carrier battle groups.

This comprehensive history shows the incredible resources poured into this project by the Soviets, the new technologies developed, the resulting nuclear accidents, lives lost and the extreme sacrifices of the crews.

Nuclear-powered submarines primarily armed with large, heavy cruise missiles remain a uniquely Soviet, and now Russian, style of vessel without a similar counterpart in Western navies. The infamous submarine Kursk, once pride of the Russian Navy, was one such SSGN, but was not the only vessel of this type lost at sea.

From Juliett to Yasen details the submarines, their weapons, the Soviet and Russian design philosophies that lie behind them and the strategy of their employment.