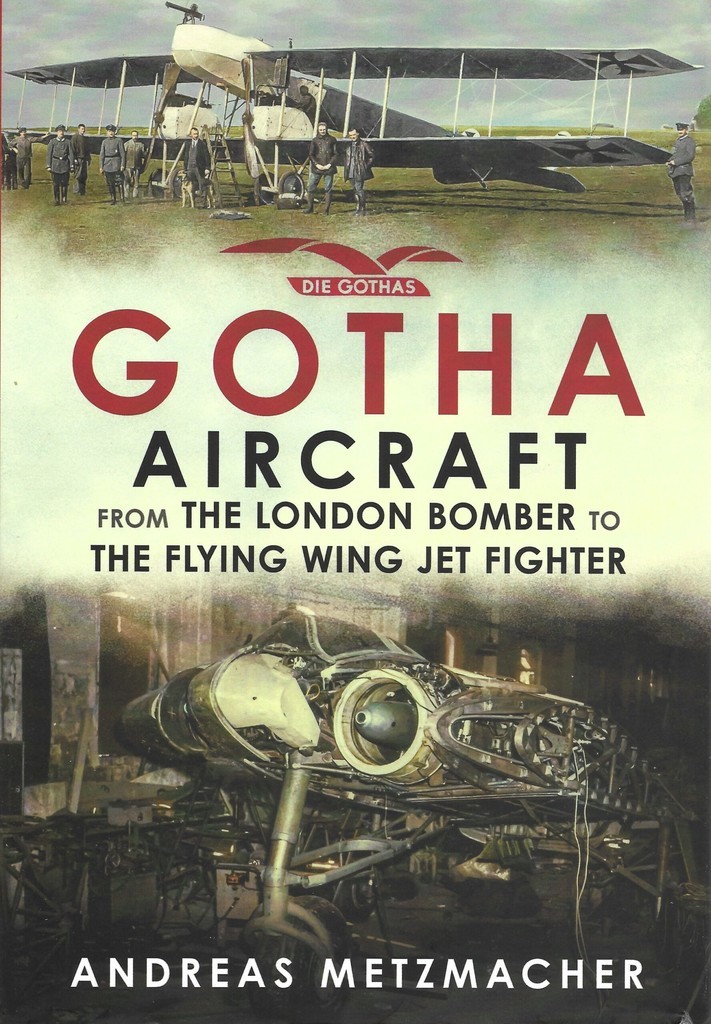 GOTHA AIRCRAFT: FROM THE LONDON BOMBER TO THE FLYING WING JET FIGHTER

The history and aircraft of the department of aircraft production at the Gothaer Waggonfabrik from 1913 to 1954.

Gothaer Waggonfabrik (GWF), originally a rail vehicle manufacturer, entered the aircraft industry in 1913. GWF managed to make a name for themselves internationally and Gotha became synonymous with German bomber aircraft of the First World War.

Even successful seaplanes and the world’s first asymmetric aircraft were a part of GWF’s production and lasted until the Treaty of Versailles forced the abandonment of aircraft production. Aircraft could not be built in Gotha until 1933. GWF did receive development contracts for the Luftwaffe, but they were essentially side issues and not the lucrative mass construction variety.

In 1939, a world altitude record in the Go 150 provided GWF with a small though internationally significant highlight. During the Second World War, GWF developed cargo gliders and built the Messerschmitt Bf 110 heavy fighter/Zerstörer under licence.

In 1944, Gotha undertook production of the Horten Ho 229, a flying wing jet fighter, and designed its more radical successor. In 1954, aircraft construction was stopped after Gotha developed its last aircraft.