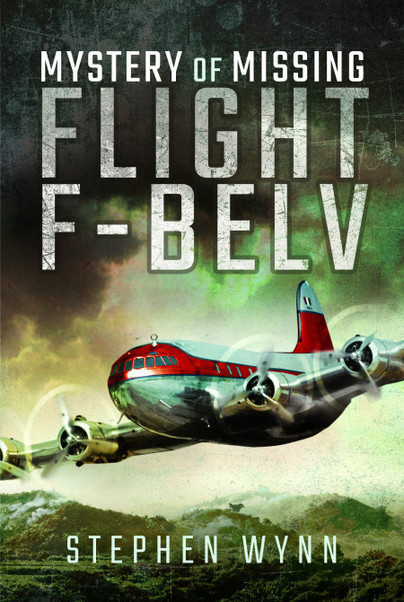 Following the Geneva Accords in 1954, Vietnam found itself separated into North and South, with communist North Vietnam under the control of Ho Chi Min. At the same time, the International Commission for Supervision and Control (ICSC) was established, whose role it was to oversee the implementation of the Accords.

On 18 October 1965, an ICSC aircraft, F-BELV, was on a regular weekly flight from Saigon to Hanoi, stopping at Pnohm Penh, in Cambodia, and Vientiane, in Laos. Twenty minutes after leaving Vientiane, the captain contacted the authorities at Hanoi to give his ETA, but the aircraft never arrived. It is believed to be the only aircraft never to have been recovered from the Vietnam War.

But what really happened and why? Did the aircraft crash, or was it shot down? Did it happen over Laos or North Vietnam?

Mystery of Missing Flight F-BELV examines all aspects of the Vietnam War, particularly the events of 1965, and how tensions in the region heightened as the first American combat troops arrived in Vietnam. It investigates the role of the CIA, and whether their involvement had any bearing on the disappearance of flight F-BELV. It looks at those on board the aircraft, including James Sylvester Byrne, a sergeant in the Canadian Army and a relation to the author of this book. Was he just a regular soldier? Or was he really an intelligence officer gathering information to share with the Americans?