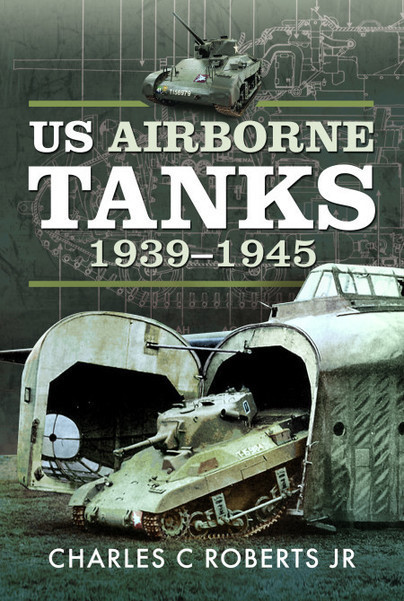 From their first introduction at the Battle of the Somme in the First World War, tanks proved to be one of the most important military developments in the history of warfare. Such was their influence on the battlefield, both as infantry support and as an armoured spearhead, their presence could determine the outcome of any battle.

Another significant development during the 1930s was that of airborne forces, with a number of countries experimenting with air-dropped troops. Such a concept offered the possibility of inserting soldiers behind the front lines to sow fear and confusion in the enemy’s rear. However, such troops, parachuting from aircraft, could only be lightly armed, thus limiting their effectiveness. It is understandable, therefore, that much thought was given to the practicalities of air-lifting tanks that could be dropped, or deposited, alongside paratroopers.

Tanks, though, are heavy, cumbersome vehicles and before there could be any thought of carrying them by air, much lighter models would have to be produced. Charles Roberts’ fascinating book opens with an investigation into the efforts in the 1930s by Britain, the Soviet Union and the USA into the development of, or adaptation of, light tanks for airborne operations.

It was, inevitably, the start of the Second World War which accelerated efforts to produce an airborne tank and the means of delivery. The use of conventional powered aircraft to carry the tanks, limited their use to existing airfields which negated their employment with airborne troops landing in the open countryside. Another method of delivery had to be found, and this took the form of the glider, which could be landed in a field behind enemy lines. The combination of light tank and glider made the aim of airborne forces being supported by armour a realistic proposition – and as a result, the 28th Airborne Tank Battalion was born.

This detailed and comprehensive study deals with every aspect of design and deployment of American airborne tanks from the earliest concepts to their actual use, by British units, on D-Day and during Operation Varsity, the Rhine crossing.