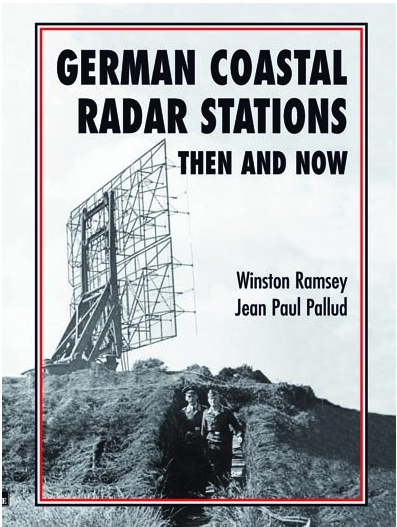 When German forces occupied the coastline of the English Channel in 1940, one of the measures undertaken to give early warning of attacks from the sea or air was to set up a line of radar stations.  Although this invisible screen was a passive defence, it was a serious ‘barrier’ that had to be neutralised for the Allied invasion to be launched in 1944.

Planners at RAF Medmenham had established there the Central Interpretation Unit (CIU) to examine the results of aerial photography over the Continent and the unit prepared plans of every enemy radar site ready for briefing pilots undertaking pre-invasion attacks. Those once-secret plans are now reproduced in this book, alongside the wartime photography, with comparison views of the sites today.

Where farmland has now reclaimed the sites little remains to be seen, but on others there are still significant traces of a once-powerful weapon in the German armoury.

To set the scene, Professor R. V. Jones, the Assistant Director of Intelligence at the Air Ministry, recounts the events leading up to the proposal to mount a raid on the radar site at Bruneval. The site had what became known as a ‘Würzburg’ and the idea was to dismantle and remove the critical parts of the unit to bring them back to Britain and, hopefully, at the same time capture the operators for interrogation.

The operation in February 1942 achieved all its aims, and over the following two years, the CIU built up a Target List with folders including detailed descriptions of all 61 sites in Belgium and France that would have a bearing on the invasion area in Normandy. Undoubtedly the information — now reproduced in this book — was of inestimable value in assuring the success of Operation ‘Overlord’ in June 1944.