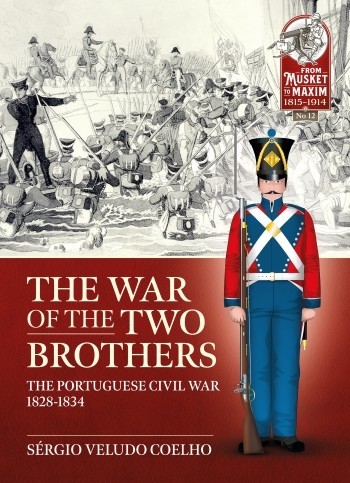 THE WAR OF THE TWO BROTHERS

The Portuguese Civil War of 1828-1834, commonly known in Anglophone sources as the War of the Two Brothers, was until recently a forgotten conflict, even in Portuguese military history.  However, with the 200th anniversary of the Liberal Revolution in Portugal, this has started to change. The war between D. Pedro de Bragança, former Emperor of Brazil, King of Portugal and a moderate Liberal, and his brother Miguel I, a resolute absolutist, was at the same time a civil and a military succession conflict, splitting a country into two sides both socially, ideologically, and militarily. It also had a deep impact on European affairs since Liberal movements were  spreading all over Europe. The Iberian Peninsula was no exception, witnessing a violent series of conspiracies, military uprisings, and revolts. Monarchies were in turmoil as the political systems, crumbling since the end of the Peninsular War, finally started to fall. Both English and French governments followed the Portuguese Question very closely, as the Liberal ideas in their most radical perspective could ignite other movements internally, as was already occurring in central and southern Europe, most notably in Italy. When the Portuguese Civil War finally broke out with the landing of the Liberal Army of D. Pedro at the beach of Pampelido, on 8 July 1832. His 8,300 men included hundreds of English and French mercenaries, Belgian, German and Italian volunteers, Polish refugees and Portuguese soldiers willing to risk their lives against the Miguelite Army of nearly 80,000 men. This book shows their uniforms, weapons, equipment, and tells the story of two armies.