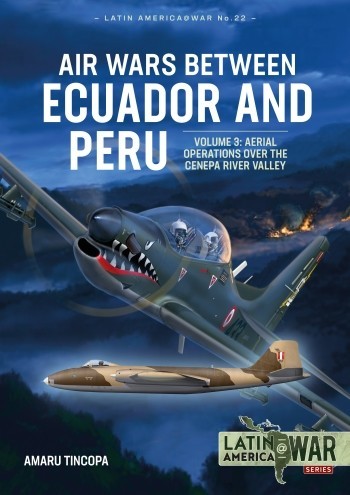 The series of sharp clashes between Ecuador and Peru of 1981 left the dispute between the two countries unresolved as there was still no definitive delimitation of the border. During the following years, both parties had to deal with a series of internal and external issues and, ultimately, these affected the planning and operational capabilities of their respective armed forces. While Peru underwent a severe economic crisis including hyperinflation caused by poor management of its economy, and a leftist insurgency, Ecuador underwent a transition from a centrally-controlled economy to a free market: in turn, it was one of countries in Latin America least affected by the precipitous fall in regional economic indices of the 1990s. These factors had an immediate impact upon the armed forces of both countries: they proved decisive for the development of their defensive and offensive planning, and would exercise direct influence upon the decisions taken by field commanders of both countries during the final, third war between Ecuador and Peru in 1995.

Drawing upon extensive research in the official archives from both the Fuerza Aérea del Ecuador and Fuerza Aérea del Perú (FAP), with documentation from multiple private sources in both countries, Air Wars Between Ecuador and Peru Volume 3 completes the history of the aerial operations launched by the forces of both nations in the brief – but also the most violent – engagement between these two countries.

By accessing details from both parties to the conflict, this volume avoids biased and one-sided coverage of the conflict, while providing detail of the military build-up, capabilities and intentions of both of the air forces involved, their training, planning, and the conduct of combat operations.