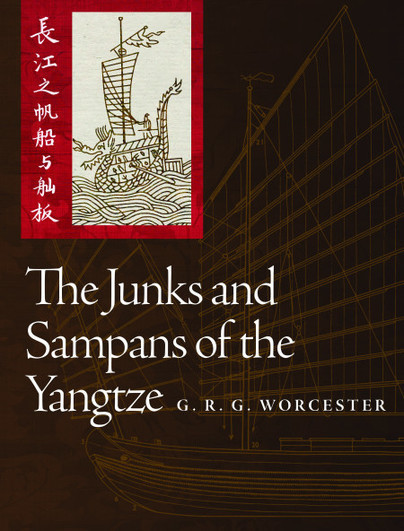 THE JUNKS AND SAMPANS OF THE YANGTZE

The Portuguese missionary Gabriel Magaillans noted some 300 years ago that ‘. . . there are more vessels in China than in all the rest of the known world.’ In a country so dependent on water transportation for thousands of years, this was almost certainly true. In the twentieth century the rivers and harbours of China still teemed with junks and sampans, and almost as amazing as their numbers was the huge variety of types, evolved over the centuries to meet the needs of all kinds of waterborne commerce.

In this fascinating and brilliant account, the author, who for thirty years was a River Inspector for the Marine Department of the Chinese Maritime Customs service, described in detail the lives of the junkmen and the craft they sailed, a task made easier after he was released from his official duties in order that he might spend all his time on Chinese nautical research. This enabled him to travel in places not usually accessible to foreigners in China, and to sketch and write about the boats, the people, and their customs. His eight years of field research were carried out during one of the most disturbed periods of China's eventful history – amidst almost continual fighting, bandit raids, enemy occupation, floods and droughts – culminating, for himself and his wife, in a three-year internment in a Japanese prison camp. Five definitive works on the seagoing and riverine junks of China were the result of the author's research, travel, curiosity, and enthusiasm.

Within the pages of this wonderful book, which has now acquired classic status, the reader is offered the chance to let an old China hand take him to one of the great rivers of the world for a last look at a timeless land just before modernity swept away a whole maritime culture. Stunningly illustrated with more than 900 drawings and photographs, this new edition will captivate historian, traveller, modelmaker and sailor alike.

‘This unique book is a comprehensive and authoritative record of the vessels which for centuries provided practically the sole means of communication and transportation in the vast area drained by one of the world’s greatest waterways,’ L K Little, former Inspector General of the Chinese Customs Service

‘There is really nothing to compare it with, and it is unlikely that it will be superseded in the foreseeable future.’ The New York Times