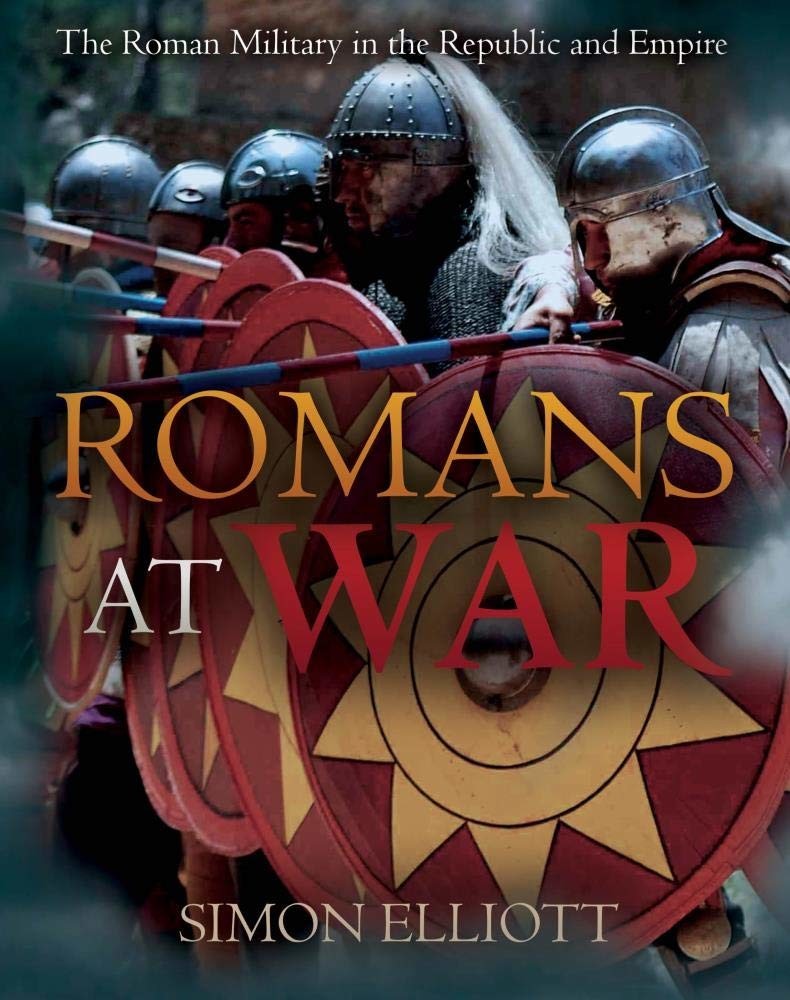 The Roman Military in the Republic and Empire

• Fully illustrated account of the Roman Army, how it was developed, and how it trained and equipped its soldiers

In Romans at War ground-breaking research is presented in an accessible, entertaining, and sumptuously illustrated format, including:

• A new consideration of the nature of late Roman military leaders; the author argues they were effectively independent warlords.

• Cutting edge research regarding the Severan campaigns to conquer Scotland in the early 3rd century AD.

• A new analysis of the nature of late Roman troops, both mounted and foot.

The Roman military machine was the pre-eminent in the ancient world, projecting power across the known world over a vast chronology, and an increasing huge and diverse geography. One of the most powerful instruments of war in the history of conflict, it proved uniquely adept at learning from setbacks, always coming back the stronger for it. In so doing it displayed two of the most important traits associated with the world of Rome. Firstly grit, that key ability to remain steadfast and to overcome adversity, even in the most challenging of circumstances, as faced for example by the Republic in the Second Punic War against Hannibal. Secondly, the ability to copy the successful technical and tactical innovations of their enemies, enabling the Roman military to always stay one step ahead of its opponents on campaign and in battle.

In this grand tour covering every aspect of the Roman military, leading expert Dr Simon Elliott first provides a detailed background to the Roman Republic and Empire to provide context for all that follows. He then looks specifically at the Roman military in its three key chronological phases: the Republic, the Principate Empire and the Dominate Empire. Next he forensically examines specific examples of the Roman military on campaign and in battle, and of its engineering prowess. Finally, he examines the many enemies faced by the Roman Republic and Empire. This all provides a firm structure to enable the reader to come to grips with this incredible military machine, one whose exploits still resonate in the world to this very day.