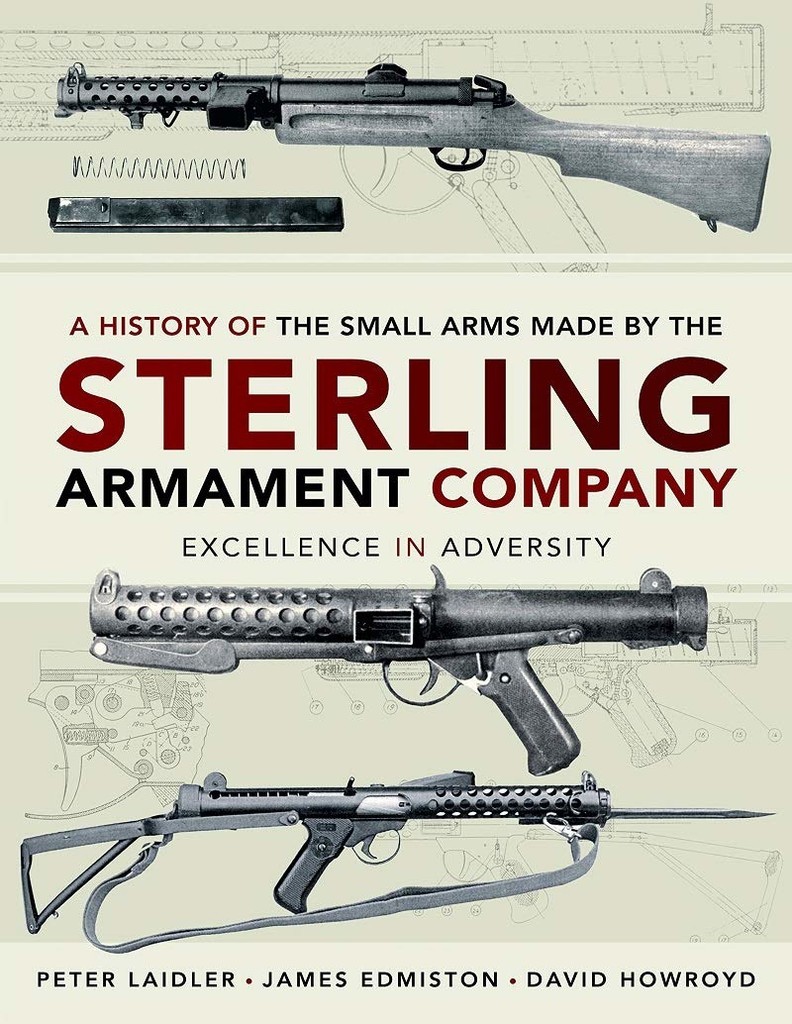 An in-depth history of the small arms made by the Sterling Company of Dagenham, Essex, England, from 1940 until Sterling was purchase by British Aerospace in 1989 and closed.

The Lanchester and the Patchett Machine Carbines were both developed at Sterling Engineering Co Ltd during World War II.

With the appearance of the earliest Patchett prototypes the military began testing them in ever more rigorous trials, wherein the Patchett kept proving its merits. This led to limited UK adoption of the MkII Patchett as the L2A1 in 1953, and the ‘first Sterling’, the MkII, as the L2A2 in 1955.

Unlike wraparound bolt designs like the UZI, the Sterling was capable of being truly silenced with standard 9mm ball ammunition (as opposed to being merely ‘supressed). The excellent silenced Sterling-Patchett Mk5, adopted as the UK L34A1 in 1967, is the only Sterling remaining in British Service.

All prototypes, military Marks, commercial and licensed production models of the Sterling are described, including the Canadian C1 SMG and the Indian 1A Carbine. Contains notes on manufacturing methods and procedures as used at Sterling, ROF Fazakerley, Canadian Arsenals Limited and the Indian Small Arms Factory, Kanpur (Cawnpore), plus extensive notes on inter-model interchangeability, serial number ranges, quantities produced, client-country purchases of the various Sterling Marks, and accessories.