The Adam van Breen illustrated work of 1617 “The military evolutions of the Prince of Nassau” that we present for the first time with complete color plates in this book.

About 50 handsome copper engravings, magnificently portray the step-by-step sequence for training foot soldiers in the handling of the standard weaponry of the XVII century warfare: The exercise with sword, pike and shield.

The second parte it is related to Hendrick Goltzius work, based on 26 men at arms, also know as Rudolph’s army soldiers.

This book complete the first already published of Jacob de Gheyn The Exercise of Armes.

A third about cavalry men and knight of the same period, and always realized by great Dutch artists, is in working.

Three volumes that presents a meticulously accurate portrait of uniforms and weapons of the era of Netherlands and Europe, in addition to the aesthetic appeal of the remarkable engravings of this great artist! 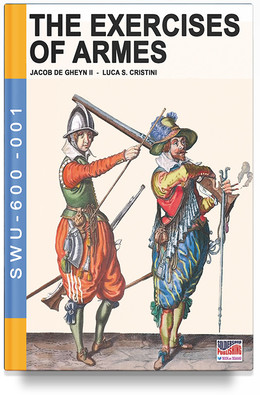 THE EXCERCISE OF ARMES

HORSEMEN IN THE 16TH & 17TH CENTURIES