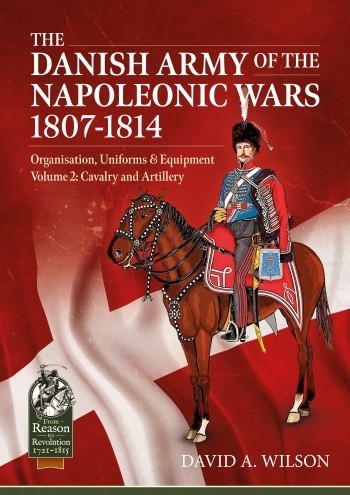 THE DANISH ARMY OF THE NAPOLEONIC WARS 1801-1814. ORGANISATION, UNIFORMS & EQUIPMENT

This book was written to provide an in-depth study of the Danish and Norwegian armies of the Napoleonic Wars. The goal was to provide a working document which is as accurate as possible, covering the uniforms of these armies, their weapons and their evolution as well as their colours and a look at their basic tactics. Although this is principally a uniform book, historical background is also provided to place the details in their context.

This second volume looks in depth at the regular cavalry and field artillery covering all aspects, organisation, uniforms, arms and equipment, in particular cannon, limbers, and wagons, with 54 original full colour plates.

The fortress and coastal artillery are not forgotten, as with one of the longest coastlines in Europe compared to the size of the country it was more important than in most countries.

Unlike the few other works in English this book has been conducted with the assistance of respected Danish historians, as well as Norwegian and German historians. 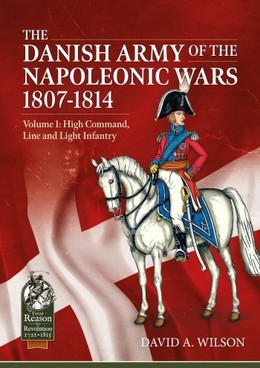