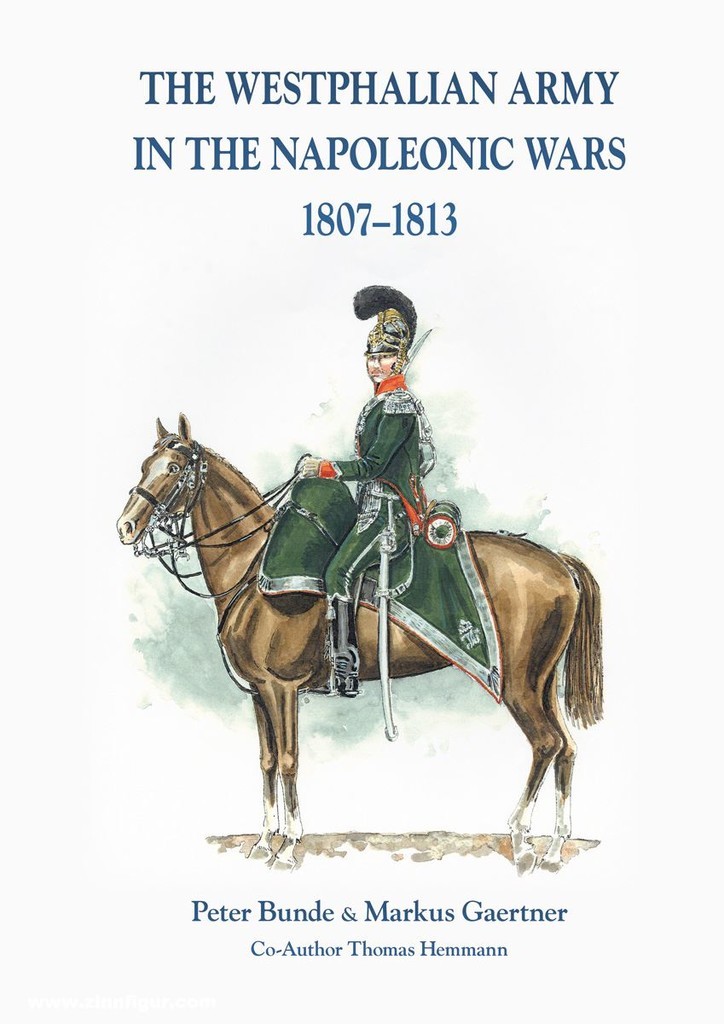 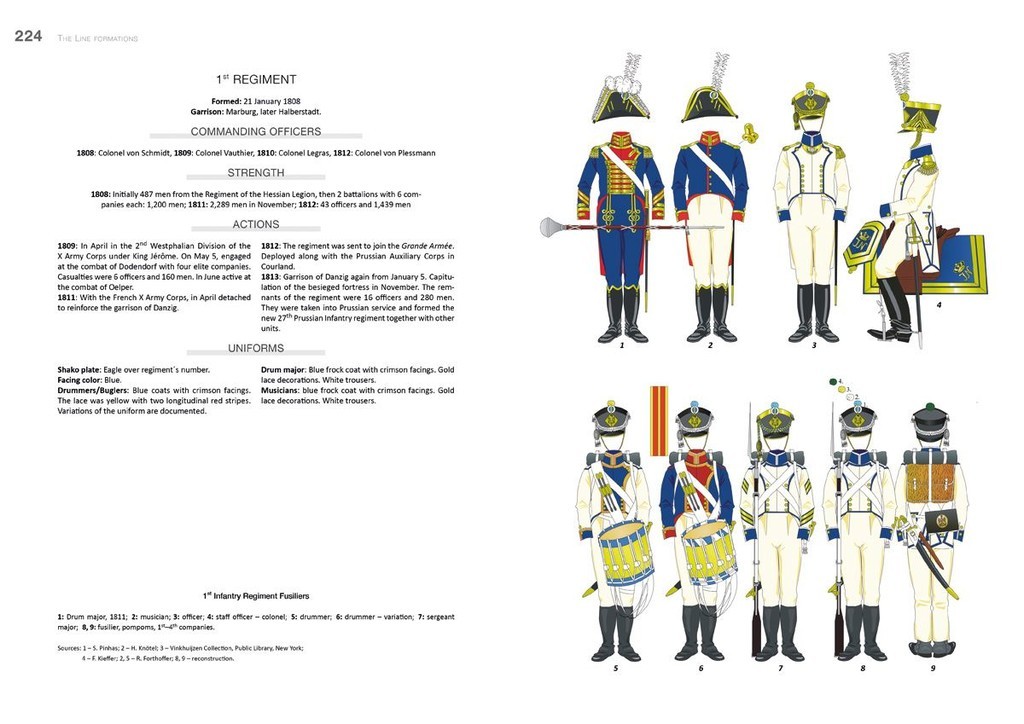 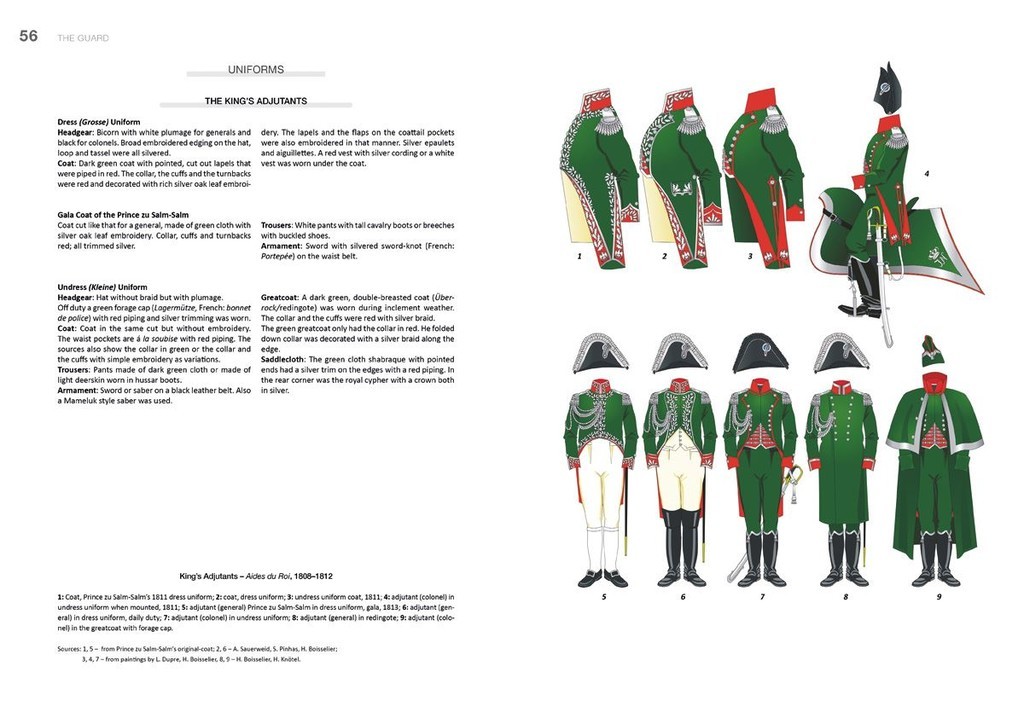 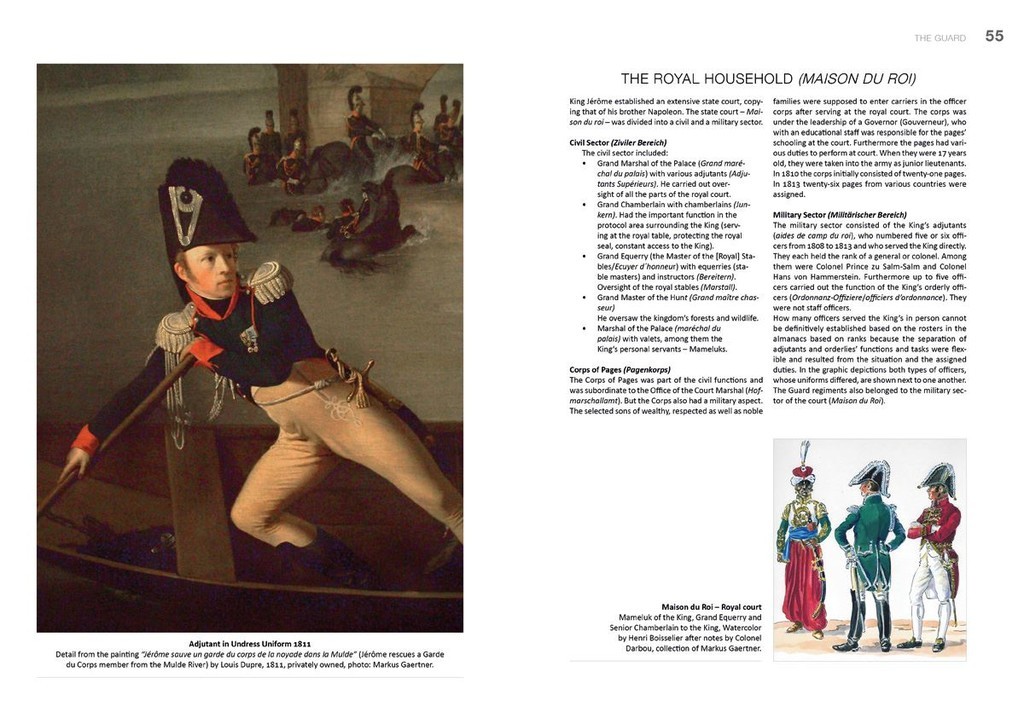 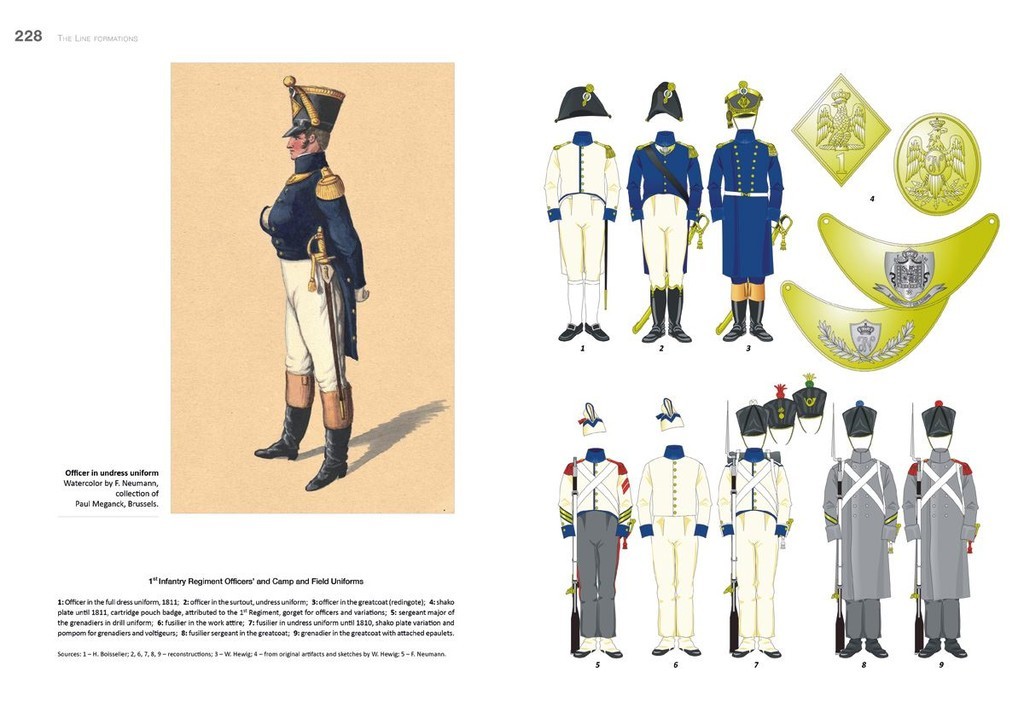 After Napoleon's victories over Austria and Prussia, he rearranged the map of Germany. In 1807, he created the Kingdom of Westphalia as a model state within the Confederation of the Rhine. The Kingdom, with its French-based internal organization, was supposed to serve as a model for the desired structures of the other member states of the Confederation of the Rhine. Napoleon's brother, Jérôme Bonaparte, was installed as Westphalia's king. The Kingdom was essentially assembled from the conquered lands of the Electoral Principality of Hesse, the Principality of Brunswick-Wolfenbüttel and the Prussian territories east of the Elbe River. In 1810, the territories of the former Electoral Principality of Hanover were added.

Because Napoleon considered the Confederation of the Rhine to be primarily a military alliance, the Westphalian Army was of special importance. Its army was also organized completely on the French model.

The authors describe the army's structure and its employment, including its operations in Spain, Germany, and Russia. Yet the focus of the book is on providing a comprehensive depiction of the colorful uniforms of the individual units, as well as their military actions. Along with that, it addresses in detail the branches that are usually overlooked, like administration, medical service, national guard, gendarmerie, etc. The book draws on all the available sources in order to put together this very comprehensive overview. It is, without doubt, the definitive work on the Westphalian army.

It also contains order of battle, generals' biographies and other information drawn from myriad sources.