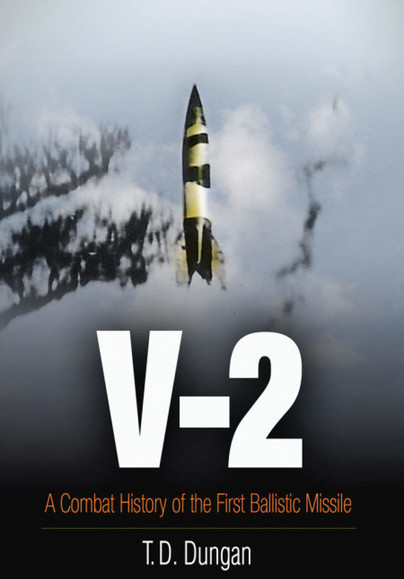 V-2: A COMBAT HISTORY OF THE FIRST BALLISTIC MISSILE

In August 1944, Londoners thought the war might be over before the year was out. But on September 8, 1944, in the London suburb of Chiswick, a thunderous double-boom was heard followed by a huge plume of black smoke. Several minutes later another explosion rocked the earth near Epping. There had been no warnings, no drone of air- craft above, just sudden devastation. "Operation Penguin," the Nazi V-2 offensive, had begun.

The A-4 rocket, better known as the V-2, Vergeltungswaf- fen Zwei, or “Vengeance Weapon 2,” was the first ballistic missile to be used in combat. Soaring over 50 miles high at supersonic speeds, the V-2 would strike its target 200 miles away within five minutes of launching. Once in the air its deadly warhead was unstoppable. The ancestor of all Cold War and modern day ballistic missiles, as well as the rockets used for space exploration, the V-2 could not win the war for Germany—it was too expensive, too complicated, too inaccurate, and its warhead was too small—but its unprecedented invulnerability and influence on Allied planning made the V-2 and the advancements it represented the ultimate war prize, and British, American, and Soviet forces scrambled to seize German rocket technology along with its scientists and engineers.

In V-2: A Combat History of the First Ballistic Missile, T. D. Dungan relies on an unparalleled collection of original documents, unpublished photographs, and accounts from those who were there to provide a complete description of the V-2 program, the missile's use in combat, and the race to capture its secrets.