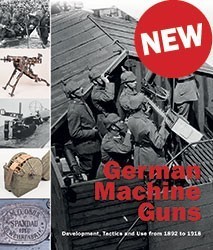 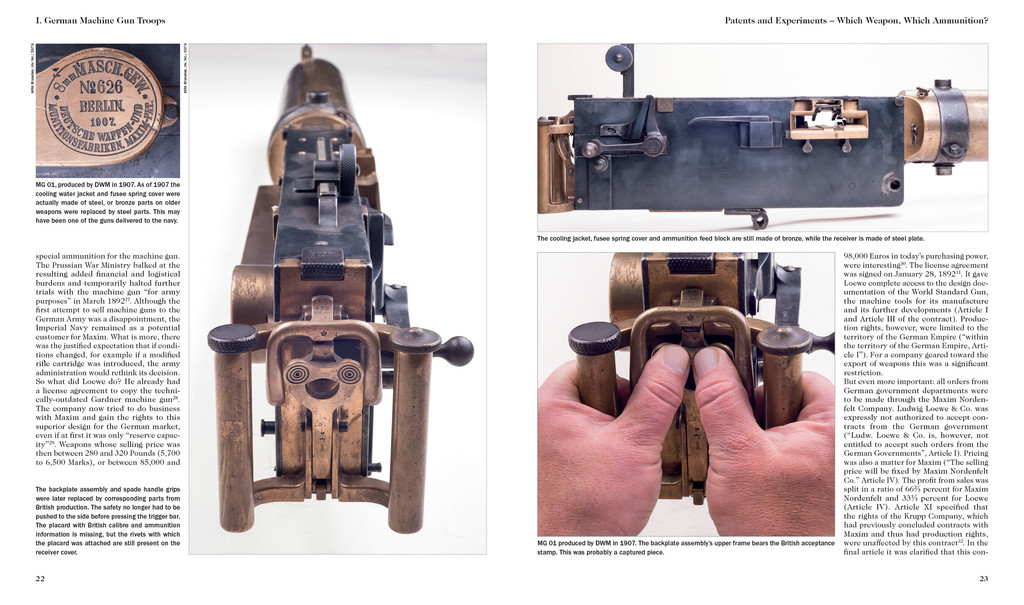 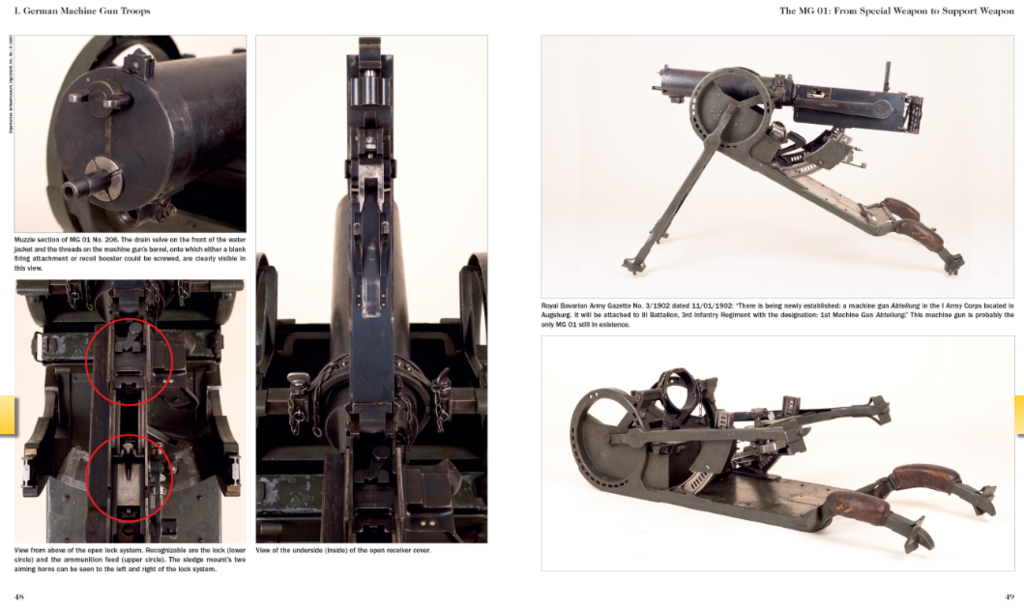 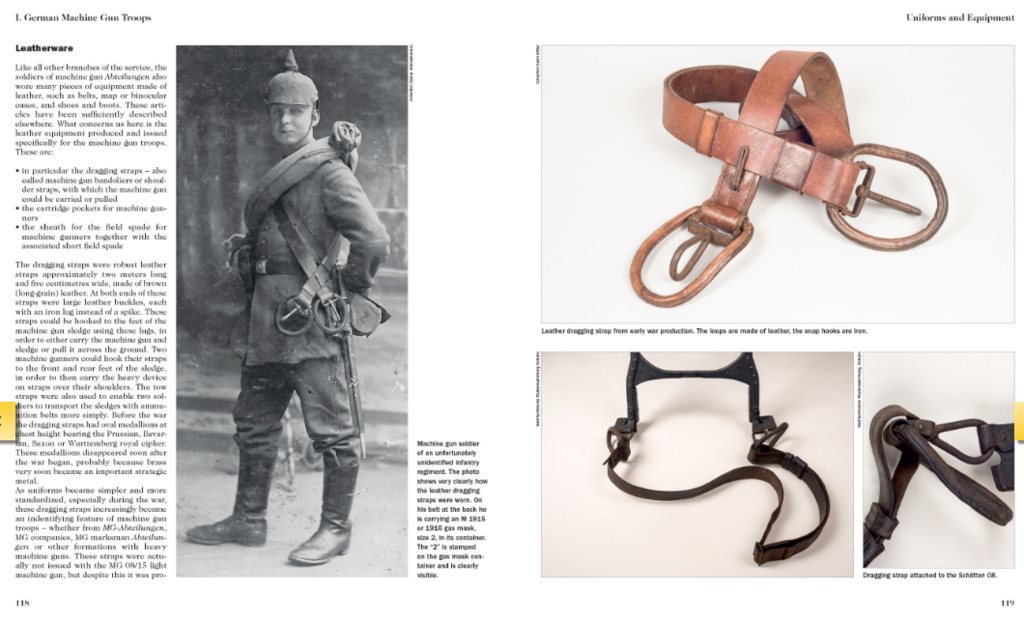 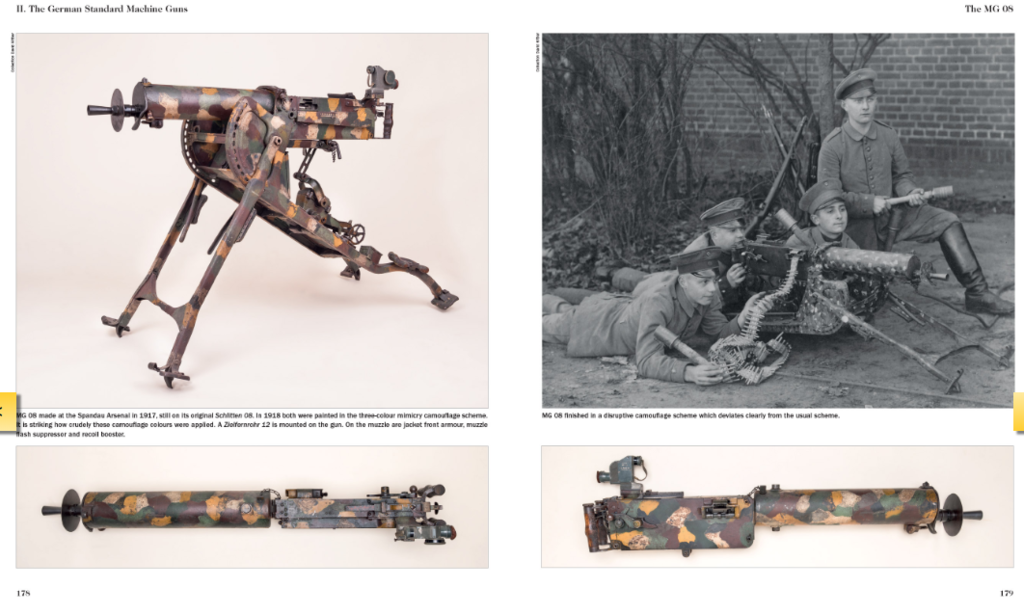 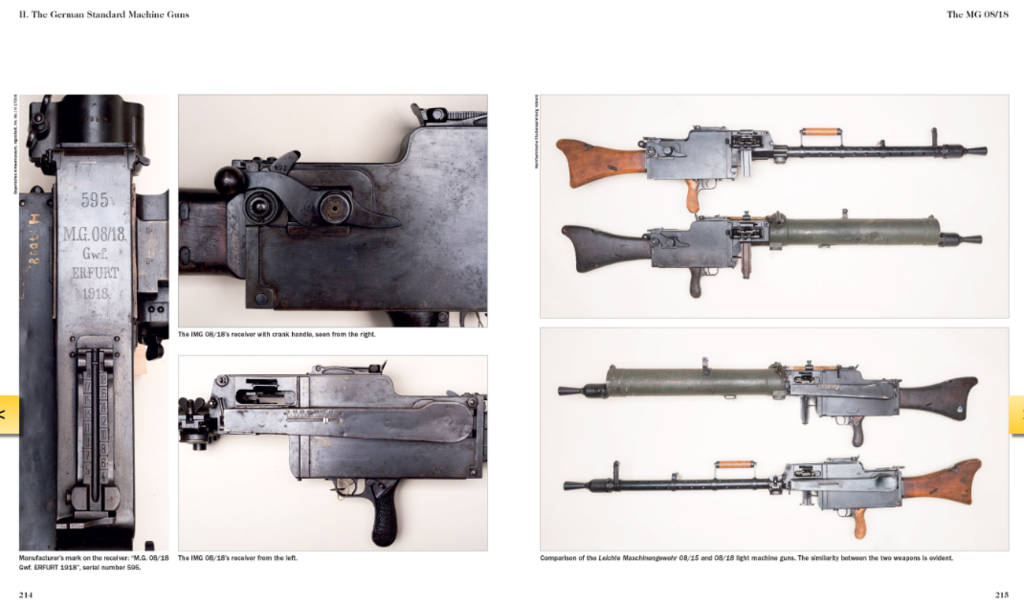 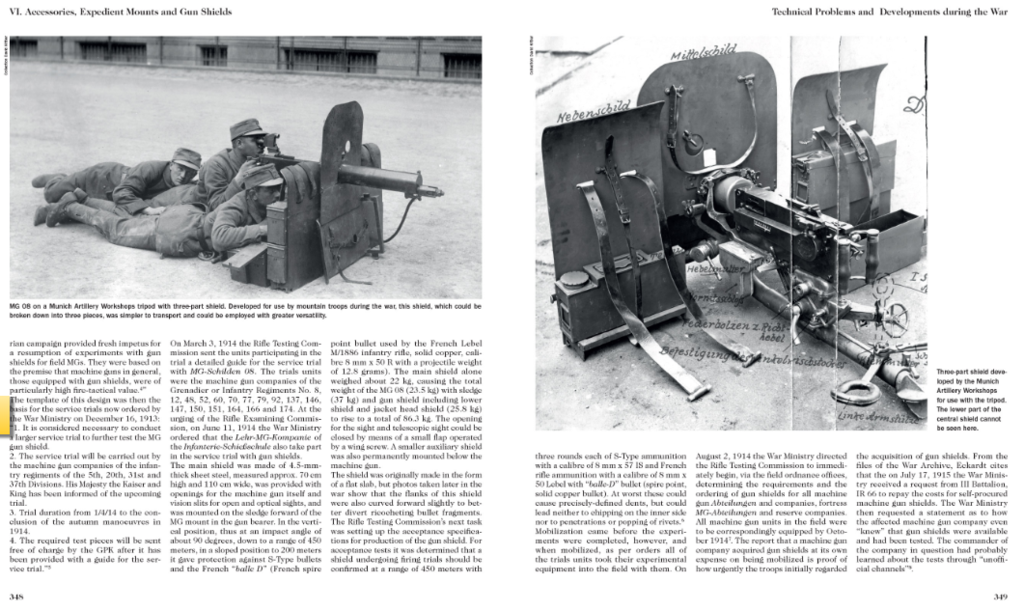 “The artillery shapes the battlefield—machine guns defend it!” This sentence characterizes the battles of materiel fought during the First World War like almost no other. After the outbreak of war in 1914, the revolutions in armaments of the late 19th and early 20th centuries resulted in industrialized warfare, which was marked in particular by the use of machine guns—and artillery. This illustrated book with 520 pages and ca. 1000 photos and illustrations traces the development of German machine guns and graphically depicts why they became the most feared infantry weapons of the First World War.

If a unit under attack was able to survive the attacker’s preparatory artillery fire with its machine guns intact and place them in position as the infantry attack began, it could be assumed with certainty that this infantry assault would be a bloody failure. Consequently, all available means were employed in an attempt to knock out the enemy’s machine guns. The proper use of machine guns could decide battles and give a numerically inferior defender the fire superiority necessary to successfully repulse attacks.

Especially for the German Army on the western front, the firepower of the machine gun came to replace the steadily diminishing personnel strengths of the infantry regiments. As opposed to the rifle bearers, machine gunners became the true pillars of infantry combat. It was for this reason that the machine gun crisis of 1915 was all the more strongly felt, German weapons makers having failed to produce sufficient quantities of machine guns to meet the requirements of the fighting forces. It was only the advent of the new production methods devised by Prof. Romberg and the introduction of standardization that led to a tenfold rise in monthly output with production of the MG 08/15.

In addition to the standard MG 08 and MG 08/15 machine guns, the book also describes the Luft-MG 08 and 08/15 variants, the MG 08/18 which ended the Maxim development series, and the very rare models Parabellum M 1913, M 1913/17, the Dreyse machine gun, the Bergmann machine gun alter Art and neuer Art models, and the Anti-Tank and Anti-Aircraft Machine Gun. The period under consideration thus extends from 1892 until the post-war period after the First World War and into the time of the Reichswehr. The authors digress to examine the Mondragón self-loading rifle and the Mauser aircraft self-loading carbine, which though not automatic weapons, were used by the German air force as predecessors of automatic weapons. Finally the book also examines the Maschinenpistole 18, the automatic weapon introduced shortly before the end of the First World War which for the first time allowed the machine gun to be wielded as a versatile hand-held weapon.

New knowledge, gleaned from the archives of the Bavarian War Archive and the Bundesarchiv/Militärarchiv, makes possible a new way of looking at production and procurement procedures, the use of machine guns by the German Army in the First World War, and the use of captured machine guns.