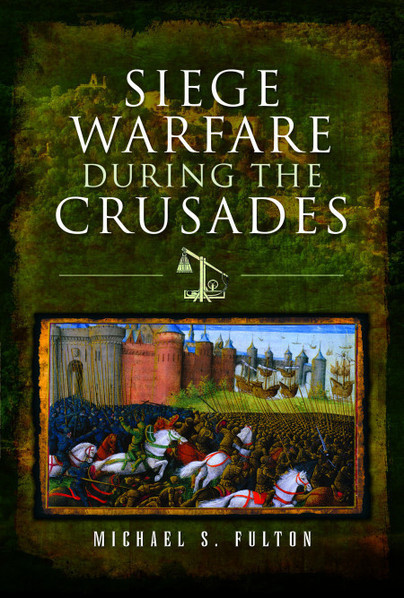 SIEGE WARFARE DURING THE CRUSADES

Sieges played a key role in the crusades, but they tend to be overshadowed by the famous battles fought between the Franks and the Muslims, and no detailed study of the subject has been published in recent times. So Michael Fulton’s graphic, wide-ranging and thought-provoking book is a landmark in the field.

He considers the history of siege warfare in the Holy Land from every angle – the tactics and technology, the fortifications, the composition of the opposing armies, and the ways in which sieges shaped Frankish and Muslim strategy at each stage of the conflict. The differences and similarities between the Eastern and Western traditions are explored, as is the impact of the shifting balance of power in the region.

The conclusions may surprise some readers. Neither the Muslims nor the Franks possessed a marked advantage in siege technology or tactics, their fortifications reflected different purposes and an evolving political environment and, although there were improvements in technologies and fortifications, the essence of siege warfare remained relatively consistent.

Michael Fulton’s book is a fascinating all-round reassessment of an aspect of the crusades that had a decisive impact on the outcome of the struggle. It will be essential reading for medieval and military historians.