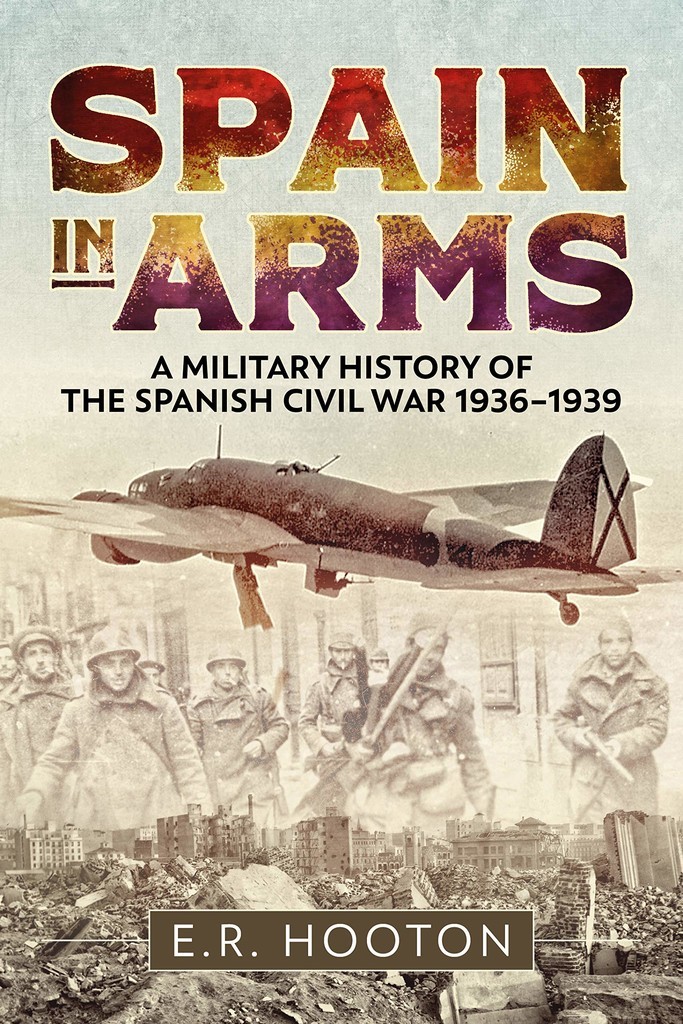 Spain in Arms is a new military history of the Spanish Civil War. It examines how the Spanish Civil War conflict developed on the battlefield through the prism of eight campaigns between 1937-1939 and shows how many accounts of military operations during this conflict are based upon half-truths and propaganda.

The book is based upon nearly 60 years of extensive research into the Spanish Civil War, augmented by information from specialised German, Italian and Russian works. The Italian campaign against the Basques on the Northern Front in 1937 was one of the most spectacular Nationalist successes of the Civil War, with 60,000 prisoners taken. This is also the first book to quote secret data about Italian air operations intercepted by the British. The figures intercepted by the British show the Italians flew 1,215 sorties and dropped 231 tons of bombs during the campaign, whilst also suffering the heaviest losses.

It also demonstrates how the Nationalists won not simply by benefitting from a cornucopia of modern arms from the Fascist powers but by using its limited resources to maximum effect. Spain in Arms reveals the Nationalist battlefield superiority in terms of training and overall command, and the Republic's corresponding weaknesses in the same fields. The Republican Brunete and Belchite offensives of 1937 are described in detail, from the weapons they carried and the tactics they employed to the dynamic Nationalist response and reaction of the generals. This book also explores how the extent of foreign intervention on both sides has been greatly exaggerated throughout history and provides the first accurate information on this military intervention, using British and French archives to produce a radically different but more accurate account of the battles and the factors and men who shaped them.

Hooton finally gives the historical context and operational implications of the battlefield events to provide a link between the First and Second World Wars.