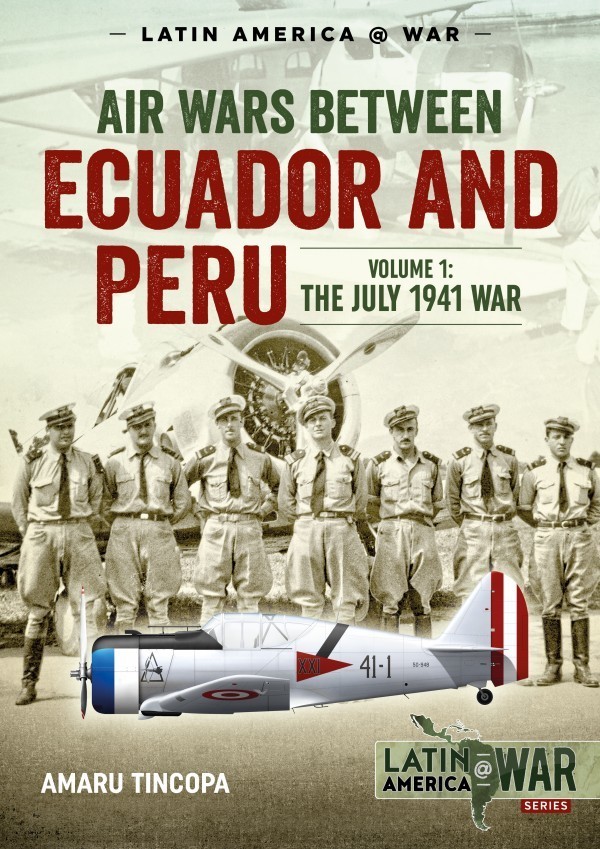 AIR WARS BETWEEN ECUADOR AND PERU VOL.1 THE JULY 1941 WAR

Disputes between Ecuador and Peru are nearly 200 years old and revolve around the question of Ecuador’s territory extending beyond the Andes and into the Amazonian basin – or not. Based on diverse interpretations of the Real Cedulas (Royal Proclamations) Spain used to define its colonial territories in the Americas, they became the source of the longest-running international armed conflict in the Western Hemisphere. Despite numerous attempts at a negotiated definition of the borders, the two countries fought no less than three wars during the 20th Century. Tensions dating back to the 19th Century resulted in skirmishes in 1938, which escalated into a war fought in July 1941. Further armed clashes took place in early 1981, and again in 1995. Based on extensive research in the official archives of the Fuerza Aérea del Perú (FAP), as well as documentation from multiple private sources, ‘The Air Wars Between Ecuador and Peru, Volume 1’ is the story of a little-known and brief, yet intensive and bitter aerial war. Taking place at the time that World War II savaged most of Europe, this conflict has attracted little attention outside Ecuador and Peru – although it is unique as significant for the studies of causes and resolutions of international conflicts: the two countries share not only language, culture, religious preferences, and social and ethnic diversity, but economic difficulties. Moreover, for most of their modern times, they have been democracies. Thus, their wars put in doubt the common contention that ‘democracies never go to war with each other’. Using sources from both parties of the conflict, ‘The Air Wars between Ecuador and Peru, Volume 1’ avoids the usual, biased and one-sided coverage of conflicts between Ecuador and Peru. It provides intricate details on the military capabilities and intentions of armed forces on both sides, their training, planning, and the conduct of combat operations. Moreover, illustrated with over 100 exclusive photographs, most of which have never been published before, half a dozen maps and 15 colour profiles, this book provides the first authoritative account of the air warfare between Ecuador and Peru in July 1941. As such it is an indispensable source of reference for professionals and enthusiasts alike.