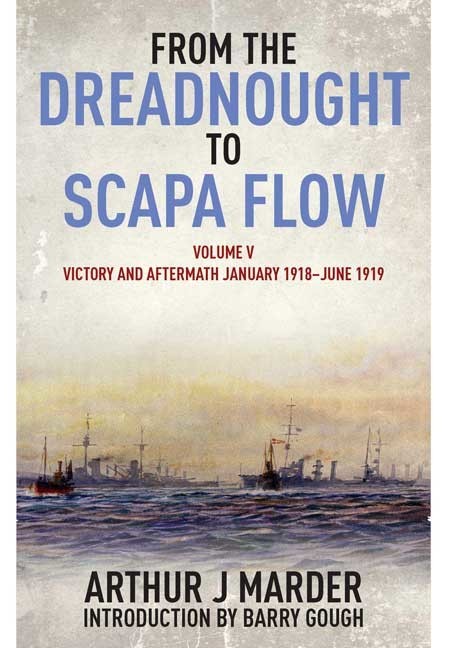 VOL.V - FROM THE DREADNOUGHT

The five volumes that constitute Arthur Marder's From the Dreadnought to Scapa Flow represented arguably the finest contribution to the literature of naval history since Alfred Mahan. A J P Taylor wrote that 'his naval history has a unique fascination. To unrivalled mastery of sources he adds a gift of simple narrative . . . He is beyond praise, as he is beyond cavil.'

The five volumes were subtitled The Royal Navy in the Fisher Era, 1904–1919 and they are still, despite recent major contributions from Robert Massie and Andrew Gordan, regarded by many as the definitive history of naval events leading up to and including the Great War.

This last volume describes the Royal Navy's final triumph. The convoy system brought rewards and the US Navy arrived in European waters. The striking 1918 raid on Zeebrugge was a big morale booster, and in November 1918 Beatty received the surrender of the German High Seas Fleet. In June the following year the Germand scuttled their fleet at Scapa Flow and so came to an end a major era in naval history.

A new introduction by Barry Gough, the distinguished Canadian maritime and naval historian, assesses the importance of Marder's work and anchors it firmly amongst the great naval narrative histories of this era.

This new paperback edition will bring a truly great work to a new generation of historians and general readers. 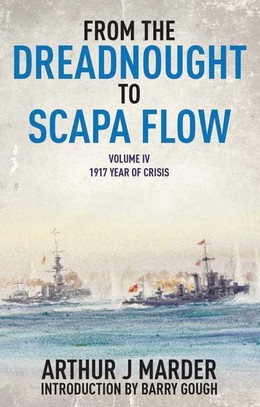 VOL. IV - FROM THE DREADNOUGHT
1917 Year of Crisis 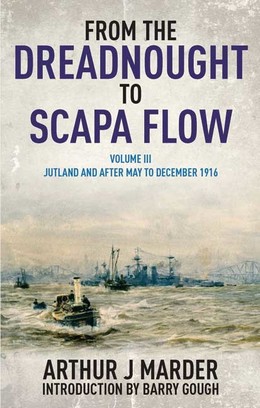 VOL.III - FROM THE DREADNOUGHT
Jutland and After May to December 1916