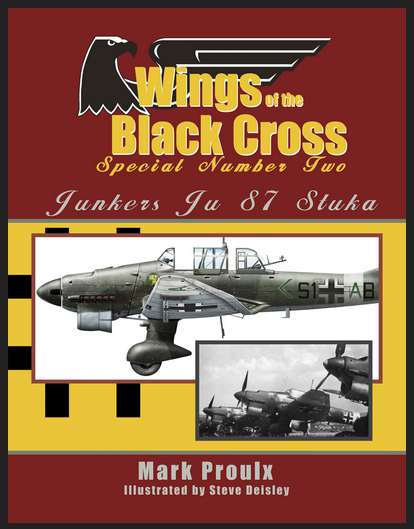 The second in our Wings of the Black Cross Special series, this one on the Junkers Ju 87 Stuka.

The Ju 87 Stuka saw operations in all theatres, both day and night. Each role is examined in great detail using photos extracted from the author, Mark Proulx's private collection. Most are presented here in print for the first time.

The Special series adopts a different approach than that of the popular Wings of the Black Cross (WOTBC) series, though the book similar in format. These new Special titles focus on specific aircraft in the Luftwaffe inventory, unlike the broader spectrum of aircraft in the standard WOTBC series. The reader is also provided with increased photo coverage, page count, expanded text and color profile content.

The soft cover book is 48 pages in length, printed in 8.5" X 11" format. The Ju 87 Stuka saw operations in all theaters, both day and night. Each role is examined in great detail using photos extracted from the authors private collection. Most are seen here in print for the first time. To fill in any minor gaps, photos from select contributors are also included. Expanded text investigates its operational roles, camouflage and markings. In all, 67 photos grace the contents of the book, each with detailed captions. 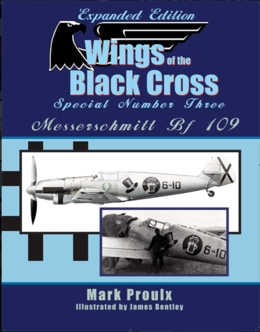