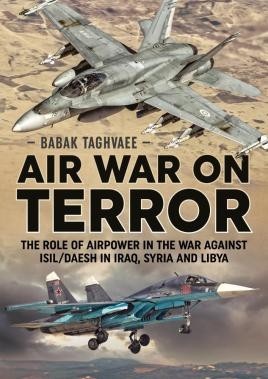 The Role of Airpower in the War Against Isil/Daesh in Iraq, Syria and Libya

An unstable political environment and unsettled security led to the prevalency of insurgency and long-lasting civil wars in every country with weakened central powers. Sectarianism from one or both partiers in conflict can cause radicalisation and help to sow the seeds of terrorist groups. ISIL (Islamic State of Iraq and Levant), ISIS, IS or Daesh is the best example of a modern-era Jihadist terrorist group which has taken advantage of political and security vacuums in Iraq, Syria and Libya to achieve the most significant victories an Islamic terrorist group has ever gained since the early 20th century. While the Iraqi Air Force and Army Aviation Corps started to heavily use their limited resources to slow down ISIL progress in Iraq and prevent the occupation of Baghdad, the US conducted 'Operation Inherent Resolve' in Iraq (beginning 15 June 2014) and then in Syria (from 22 September 2014) in order to limit ISIL/ Daesh power. USAF, USMC or USN Air Forces - as well as the naval aviation forces of 17 more US allies - operated dozens of their combat aircraft from nine air bases in seven Middle Eastern and European countries, as well as their aircraft carriers in the Persian Gulf, in order to perform thousands of combat sorties against ISIL during 'Operation Inherent Resolve' or their own operations such as 'Chammal', 'Impact', 'Okra' and 'Shader' during the first phase of the air campaign between 31 August 2014 and 30 September 2015. By the time Russia's role in the Syrian war theatre began, the second phase of the air war on ISIL had started - but this time, to totally eliminate its existence in Syria and Iraq; and it was not just the Russian Air Force... the Allied air forces, led by USAF, significantly broadened their presence in the air war, using new tactics targeting all financial axes of the terror group including its oil industry. Based upon declassified documents and daily reports released by all participants of the air campaign, this book provides details of all combat operations conducted by Armée de l'air, Aeronautica Militare, the French Aéronavale, IQAA, IQAF, IRIAA, IRIAF, LNAF (Libyan National Air Force), LDAF (Libyan Dawn Air Force), Luftwaffe, RAF, RAAF, RCAF, RDAF, RJAF, RNAF, RuAF, USN, USAF, USMC and other air forces involved in air operations against ISIL in Iraq, Syria and Libya since the first day of ISIL's widespread offensive in Iraq in June 2014 until 1 June 2016. The author's detailed text is fully supported by an extensive selection of pictures of all participating aircraft.