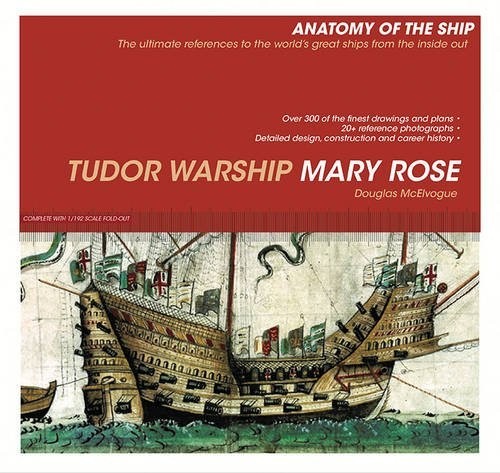 Anatomy of the Ship

The great warship the Mary Rose was built between 1509 and 1511 and served 34 years in Henry VIII's navy before catastrophically sinking in the Battle of the Solent on 19 July 1545. A fighting platform and sailing ship, she was the pride of the Tudor fleet. Yet her memory passed into undeserved oblivion - until the remains of this magnificent flagship were dramatically raised to the surface in 1982 after 437 years at the bottom of the Solent. Part of the bestselling Conway Anatomy of The Ship series, Tudor Warship Mary Rose provides the finest possible graphical representation of the Mary Rose. Illustrated with a complete set of scale drawings, this book contains technical plans as well as explanatory views, all with fully descriptive keys. Douglas McElvogue uses archaeological techniques to trace the development and eventful career of Henry VIII's gunship, while placing it in the context of longer-term advances in ship construction. This volume features: -The first full archaeological reconstruction of the Mary Rose, as she would have appeared when built and when she sank. -The concepts behind the building of the ship, along with consideration of the materials used and her fitting-out and manning. -The ship's ordnance, including muzzle loaders, breech loaders, firearms, bows,staff weapons, bladed weapons and fire pots. -Analysis of the contemporary descriptions of the Mary Rose's sailing characteristics and ship handling, whether general sailing, heavy weather sailing, anchoring, mooring, stemming the tide or riding out storms. -A service history of the Mary Rose examining the campaigns of the vessel: the battles she was involved in, when she held station in the Channel and the periods in which she was laid up. 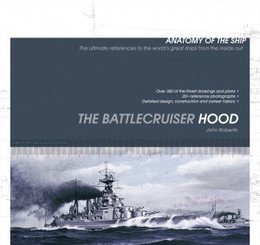 THE BATTLECRUISER HOOD
Anatomy of the Ship 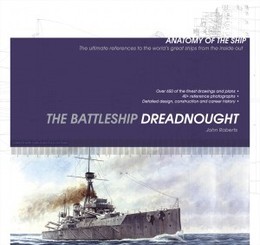 THE BATTLESHIP DREADNOUGHT
The Anatomy of the Ship