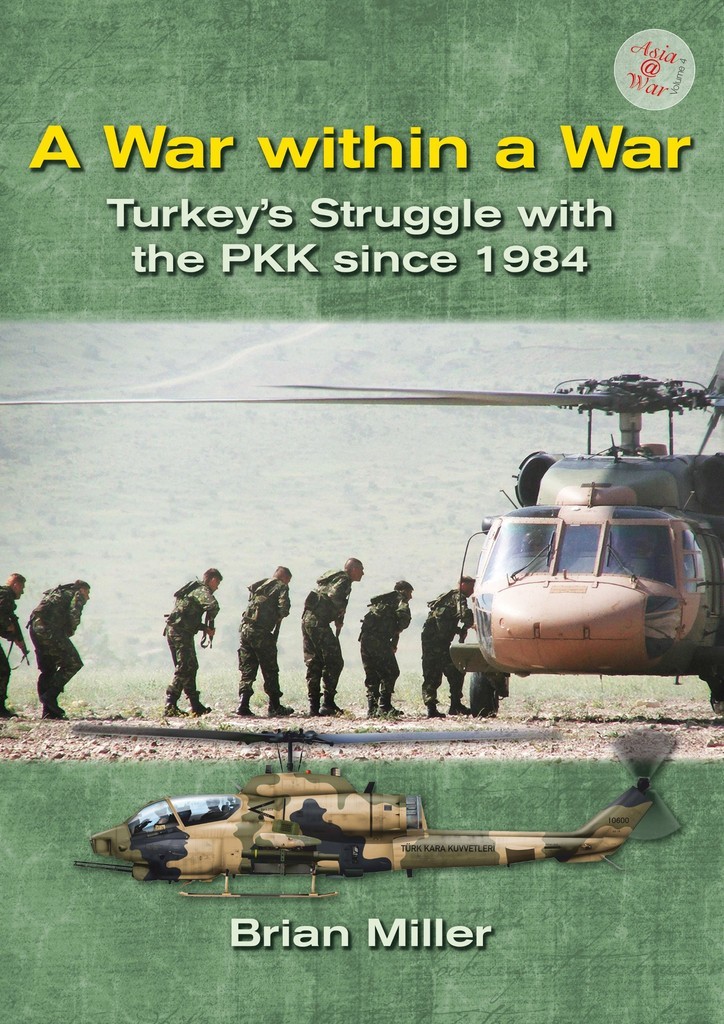 A WAR WITHIN A WAR: TURKEY'S STRUGGLE WITH THE PKK

Rising from the remains of the Ottoman Empire in 1923, Turkey inherited many ethnic and sociological problems from its predecessor. Of these the Kurdish question has been the most challenging one to the state itself. The young republic survived many revolts in its predominantly Kurdish-inhabited southeastern regions, but the PKK (Partiya Karkeren Kurdistan: Kurdistan Workers Party) has been the most crucial threat to the integrity of the country. During the 1960s Turkey was a battlefield for many right and left wing groups and organizations, resulting with the 1980 coup d'etat. Based on the ethnic strains and socio-economic inequity, the PKK was configured as a Marxist-Leninist organization, with both political and armed branches. Virtual elimination of almost all leftist organizations during the 1980 coup helped the PKK flourish in its hometown. Eliminating rival Kurdish organizations with brutal blows, the PKK successfully constructed both its ideological and logistical foundation. The PKK’s first armed assaults against the Turkish Army and police units as well as the local population in 1984 caught the government by complete surprise. Measures against small militant groups hiding in the mountainous terrain of the southeastern Anatolia were initially police tactics, which proved highly ineffective. After the initial shock, the Turkish government started to employ a highly innovative low intensity conflict strategy, marked by the ‘area dominance’ motto. The government forces started to use guerilla warfare tactics, supported by close air support of the Turkish Air Force. Starting from early 1990s, this change of paradigm struck a deadly blow to the PKK, followed by the expulsion of its leader, Abdullah Ocalan from Syria in 1998 after a threat of war by the Turkish government. The capture of Abdullah Ocalan by an operation of the country’s intelligence service marked the start of a new chapter in the war against the PKK. Withdrawal of militant groups from Turkey in 1999 turned out to be a reorganization period, which was followed by a rise in the number of attacks after 2004. To solve the Gordion knot, the Turkish government started a socio-political initiative, dubbed ‘the opening’, which resulted in the PKK leader’s call for withdrawal. This war which has been going on for around 30 years is yet to be concluded, but deserves special attention, not only because it affects a large region and but also because it provides a valuable comparison to many intertwined geopolitical conflicts. Asia@War - following on from our highly-successful Africa@War series, Asia@War replicates the same format - concise, incisive text, rare images and high quality colour artwork providing fresh accounts of both well-known and more esoteric aspects of conflict in this part of the world since 1945.