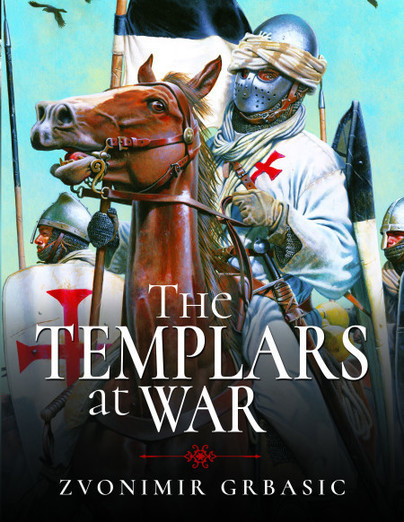 THE TEMPLARS AT WAR

The Poor Fellow-Soldiers of Christ and the Temple of Solomon, better known as the Knights Templar or simply the Templars, are the most famous of the Crusading knightly orders. Formed in 1119 to protect Christian pilgrims to the Holy Land, this curious hybrid of military unit and monastic brotherhood were the staunchest defenders of the Crusader States of Outremer for nearly two centuries. Knights joining the Templars renounced their worldly possessions and vowed to follow a strict code, which included the command to fight the infidel enemy bravely regardless of the odds. They provided Christian armies with a lethal cutting edge in open battle, launching fanatical charges to break the enemy formations, as well as garrisoning a network of forts as a stubborn bulwark against reconquest.

Zvonimir Grbasic outlines their history, narrating many of their greatest victories and defeats in detail (such as Montgisard and the Horns of Hattin), describes their organization and hierarchy, training and daily life. These elite warriors, both the knights and the lowlier ranks, are illustrated with the author's beautiful original paintings and drawings.