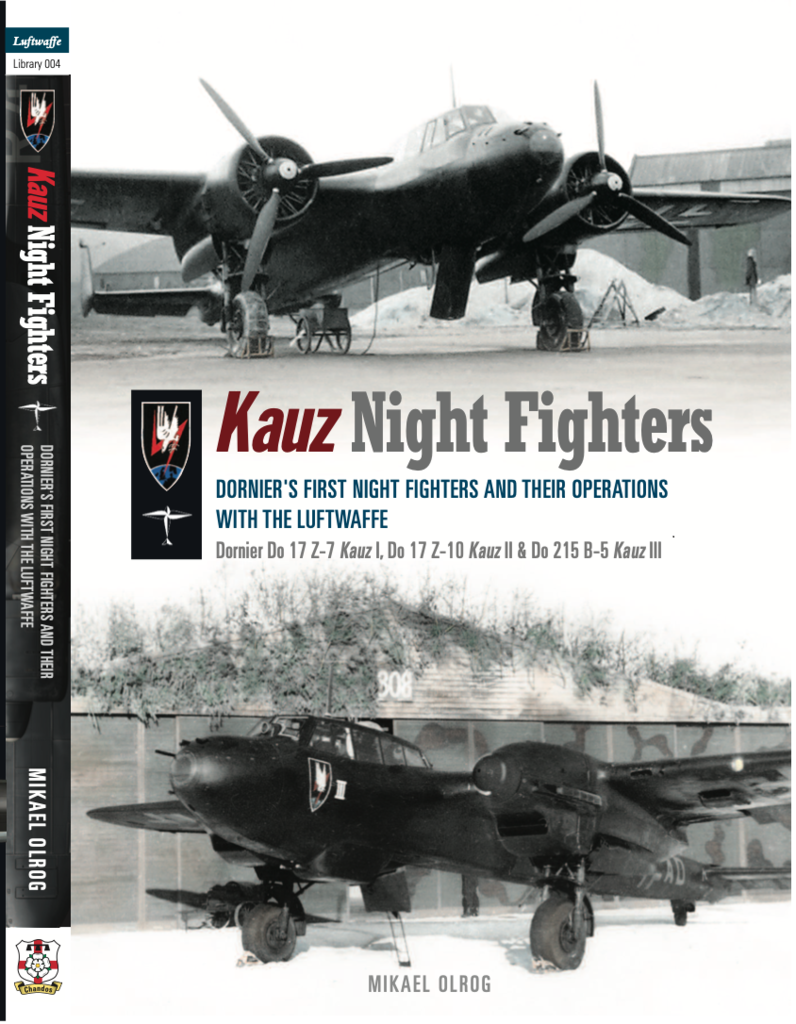 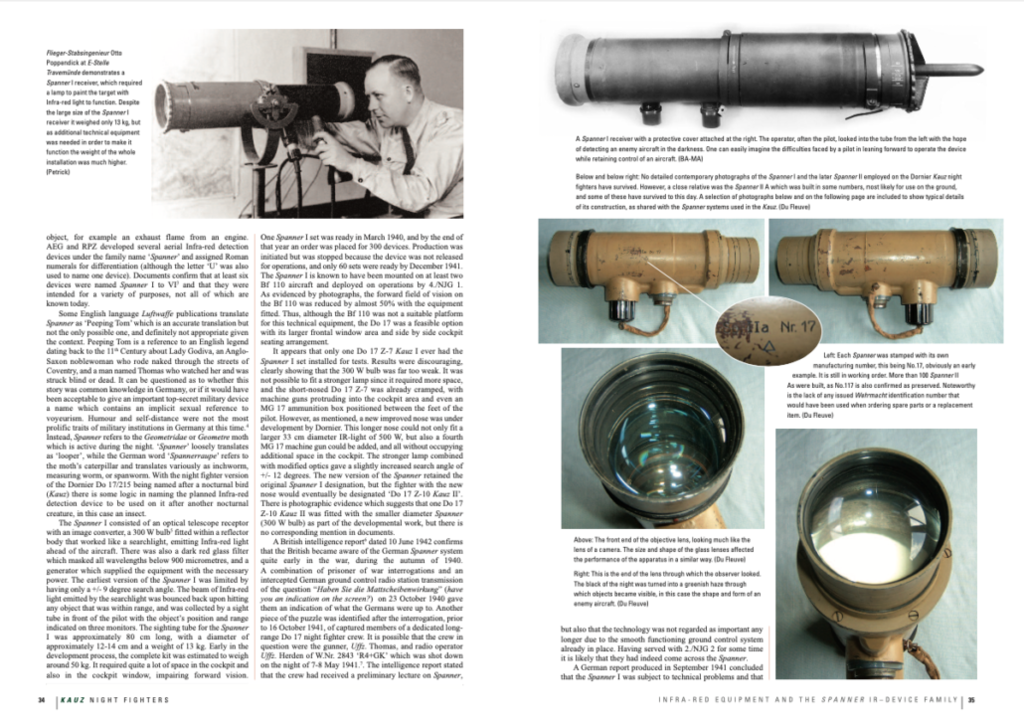 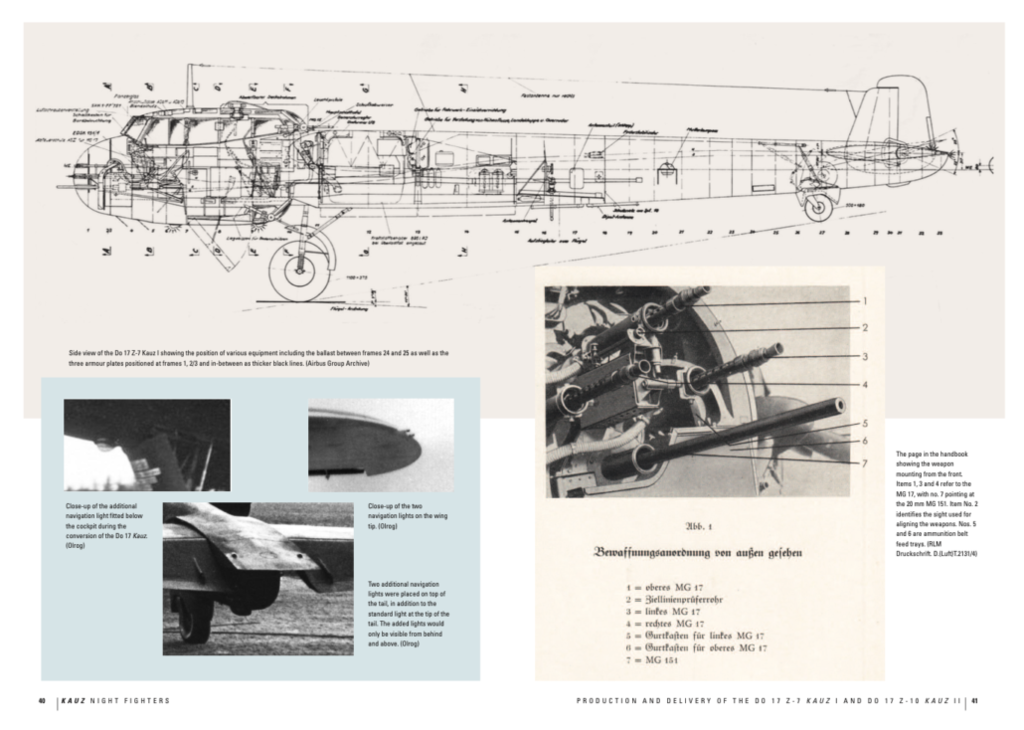 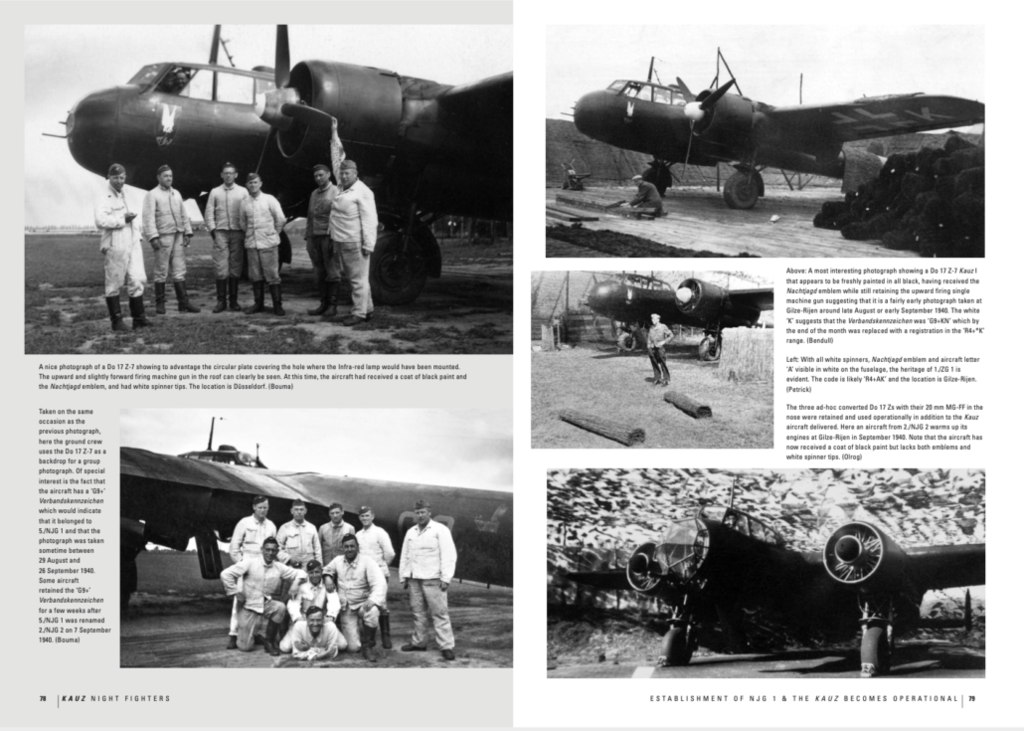 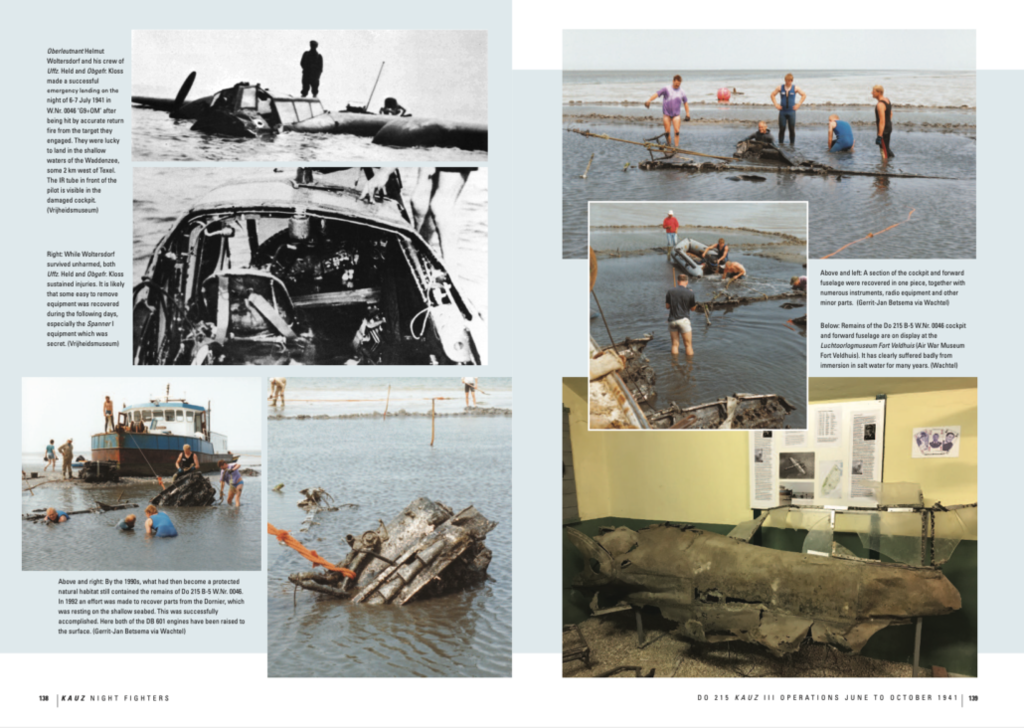 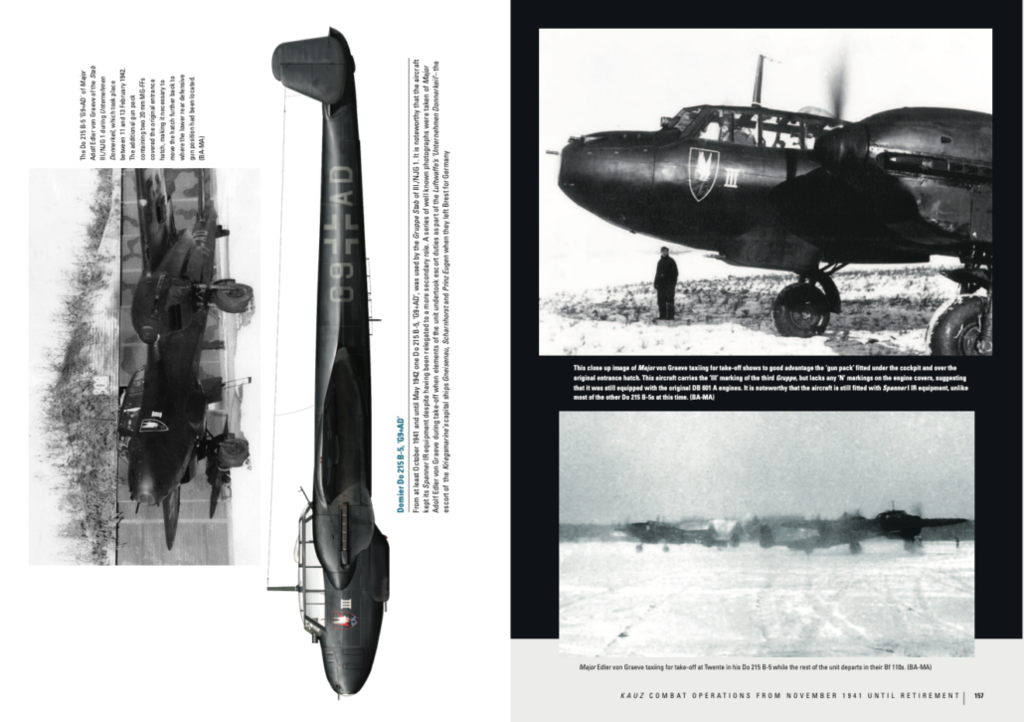 The Second World War was only a few months old when the Generalstab der Luftwaffe became convinced of the urgent need to create a potent night fighter force. At the time Germany was lagging behind one of its principal enemies, England, which was already testing onboard radar equipment for use in its night fighters.

This book aims to present a detailed account of how, in a short time, Dornier was able to convert its Do 17 Z medium bomber into a night fighter, how AEG and Telefunken developed the Spanner I Infra-red device and the FuG 202 B/C radar, and how the Luftwaffe’s night fighter tactics evolved from long range intruder missions over England in 1940, to a complex collaboration in 1941 and 1942 between ground based radar stations in mainland Europe and radar equipped Do 215 B-5 Kauz IIIs which were guided to successful interceptions of RAF bombers during their flights to and from targets.

The important contribution made by less than 40 converted Kauz night fighters during the early years of the war is placed in a larger context, and their subsequent use as night fighter trainers, practice aerial targets and utility aircraft is also examined, covering operations right up until the war’s end in 1945.

The main text is supplemented by hundreds of rare period photographs, maps, specially commissioned colour profiles and data drawn from numerous logbooks to present the best possible coverage of the type.