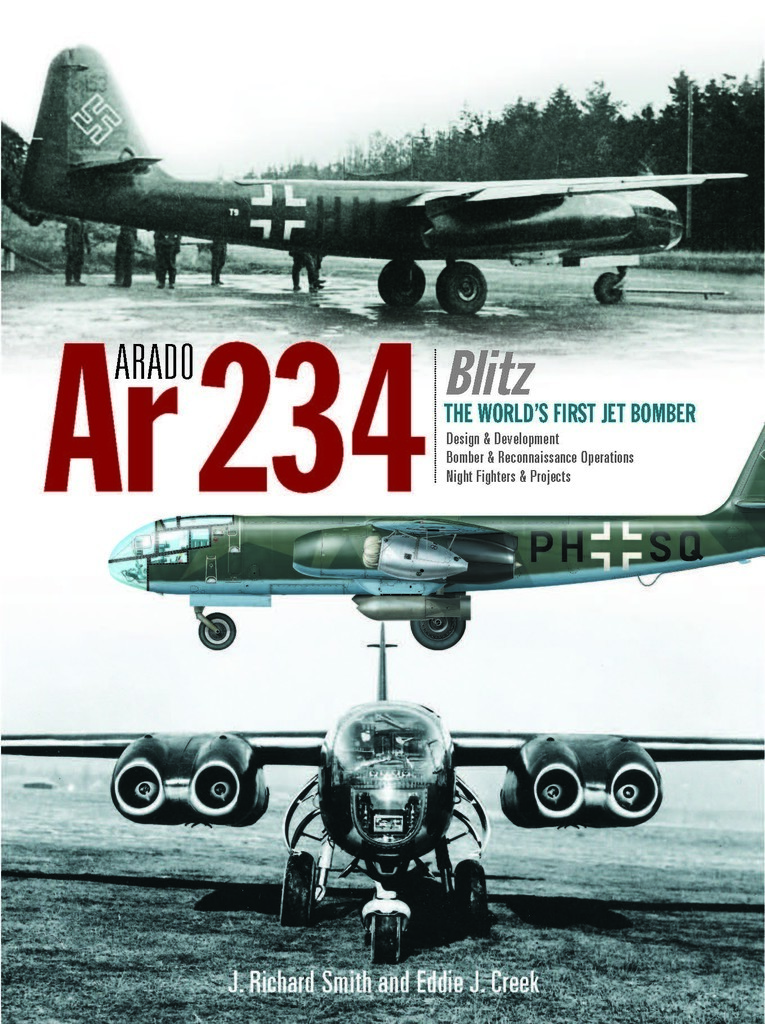 When it appeared over the Western Front in the summer of 1944, the Arado Ar234 was truly state-of-the-art in terms of aeronautical and technical development. As the world's first operational jet reconnaissance aircraft, it undertook high-speed, high-altitude observation missions over the Allied beachheads in Normandy. In September 1944 and as late as 1945, lone Ar 234s carried out reconnaissance over British ports and also over the Mediterranean. Able to deliver 1,000kg of bombs at high-speed and at either low or high level with considerable accuracy, as a bomber, the Arado made a significant impact in support of German ground forces on the Western Front. It was also deployed in offensive operations against Allied troops, vehicle columns and bridges, including those on the infamous Remagen Bridge.

Powered by twin Junkers Jumo 004 B jet engines, those used on the Me262, it had a maximum speed of 735 km/h and range of 1600 km/h, With its superior speed, it could virtually operate with impunity. As the war progressed, German aero-engineers worked to enhance the design, producing four-engined prototypes, plans for advanced night fighters and other projects which are covered extensively in this book.

This study is the result of nearly fifty years of research and draws upon original Arado, German Air Ministry and Luftwaffe reports and documents, as well as pilot accounts compiled from interviews and personal correspondence, original war diaries, memoirs and other unpublished sources associated with the Ar 234's design, development and operations. The text is augmented by superlative colour artwork and many technical drawings.