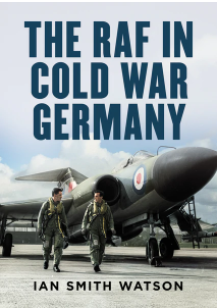 THE RAF IN COLD WAR GERMANY

A comprehensive and gloriously illustrated study on how the RAF prepared for the Cold War and potential nuclear Armageddon.

With the Second World War in Europe at an end, Britain was faced with the immediate responsibility to play her part in the occupation of a defeated Germany. As a near bankrupt country, the UK was hard pressed to maintain such a significant military presence on the continent and manage other commitments in the Mediterranean and Far East.

As the immediate post-war years came to pass, Britain and other western powers found themselves reviewing their relationship with the key victor in the east: the USSR. A defining moment developed in 1948 when the Soviet Union attempted to starve the civilians of West Berlin.

Consequently, the Allies delivered aid every minute in the Berlin Airlift or Berliner Luftbrücke. Following a sterling and stubborn effort to keep the city supplied with the minimum materials and food, the Soviet exercise ended in 1949; however, the parameters were now set.

The Iron Curtain had descended across the continent and the RAF were to maintain a constant vigil with nuclear-armed aircraft on station ready to respond to Soviet aggression for four decades. 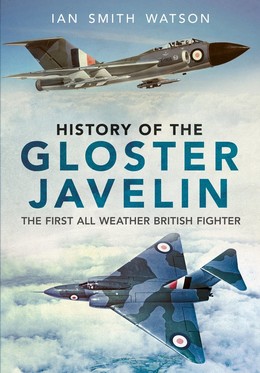 HISTORY OF THE GLOSTER JAVELIN
The First All Weather British Fighter 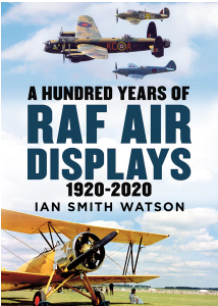