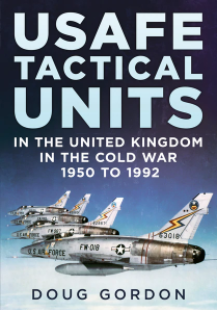 ‘From the cockpit’ testimonies from aircrew who were assigned to the individual squadrons and wings is an integral part of the narrative, which is supported by 566 mono photographs.

The tactical nuclear mission was central to the operations of many of the UK-based units and is covered in detail from its beginnings in 1952 with the arrival of the 20th TFW and the 47th Bombardment Wing, to the adoption by NATO of the doctrine of ‘Flexible Response’ and the eventual end of the Cold War.

Also included are sections on the Tactical Air Command units, which were temporarily deployed to the UK in support of USAFE and NATO operations. The comprehensive appendices contain essays on individual aircraft development; international events, which had a direct bearing on the missions and deployments of individual units; support aircraft used by the wings; and maps, tables and profiles. 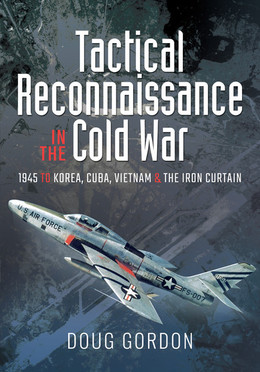 TACTICAL RECONNAISSANCE IN THE COLD WAR
1945 to Korea, Cuba, Vietnam and The Iron Curtain