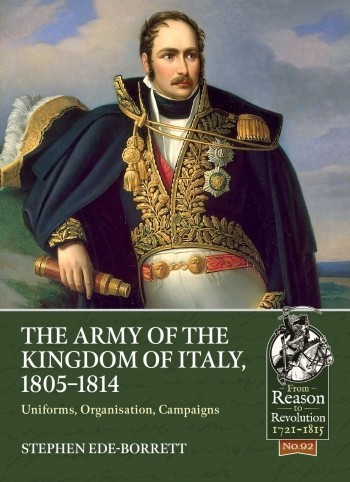 THE ARMY OF THE KINGDOM OF ITALY 1805-1814: UNIFORMS, ORGANIZATION, CAMPAIGNS

As well as being Emperor of the French it is often forgotten, or simply overlooked, that Napoleon  was also King of Italy – a state that essentially comprised all Italy north of the Kingdom of Naples. The Army of the Kingdom of Italy fought alongside that of France in all of the major campaigns of the Grande Armée as well as contributing troops to the French army in Spain. This is the first full-length English language study of the uniforms, organization, personnel and campaigns of that army.

The army of the Kingdom was, perhaps not surprisingly, amongst France’s most reliable allies but it is usually simply confused with what the French termed the Armée d’Italie - a different, if related, entity. The author explains why these two are not synonymous and should not be confused.

The book covers not just the regulation uniforms, although unusually the regulations were somewhat sparse, but also the numerous variations recorded in contemporary documents and plates. The uniforms of the Tête de Colonne were never regulated properly and could change from issue to issue and year to year and the author has tried to cover all of these known changes. 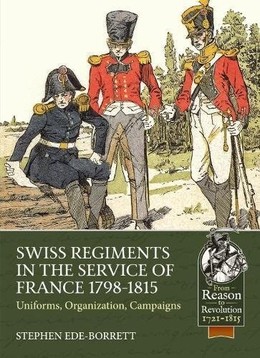 SWISS REGIMENTS IN THE SERVICE OF FRANCE 1798-1815
Uniforms, Organization, Campaigns (From Reason To Revolution)