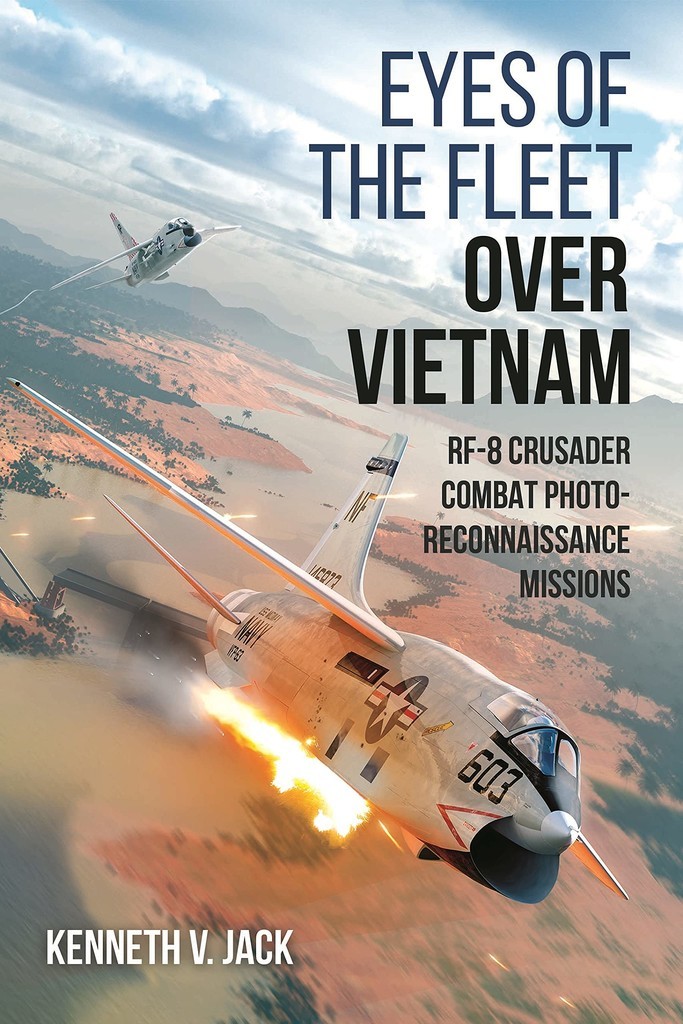 EYES OF THE FLEET OVER VIETNAM

Photo reconnaissance played a significant role during the Cold War, however it remained unknown to the public for many years because its product and methods remained classified for security purposes. While the U-2 gets most of the credit, low-level photo reconnaissance played an equally important role and was essential to target selection and bomb damage assessment during the Vietnam War. Moreover the contribution of naval aviation photo reconnaissance to the bombing effort in Vietnam is largely an untold story. This book highlights the role of the unarmed supersonic RF-8A/G photo-Crusader throughout the war, and also the part played by its F-8 and F-4 escort fighters.

Veteran and historian Kenneth Jack pieces together the chronological history of photo recon in the Vietnam War between 1964 and 1972, describing all types of missions undertaken, including several Crusader vs. MiG dogfights and multiple RF-8 shootdowns with their associated, dramatic rescues. The narrative focuses on Navy Photo Squadron VFP-63, but also dedicates chapters to VFP-62 and Marine VMCJ-1. Clandestine missions conducted over Laos began 1964, becoming a congressionally authorized war after the Tonkin Gulf incident in August 1964. VFP-63 played a role in that incident and thereafter sent detachments to Navy carriers for the remainder of the war. By war's end, they had lost 30 aircraft with 10 pilots killed, six POWs, and 14 rescued. The historical narrative is brought to life through vivid first-hand details of missions over intensely defended targets in Laos and North Vietnam. While most books on the Vietnam air war focus on fighter and bombing action, this book provides fresh insight into the air war through its focus on photo reconnaissance and coverage of both versions of the Crusader.